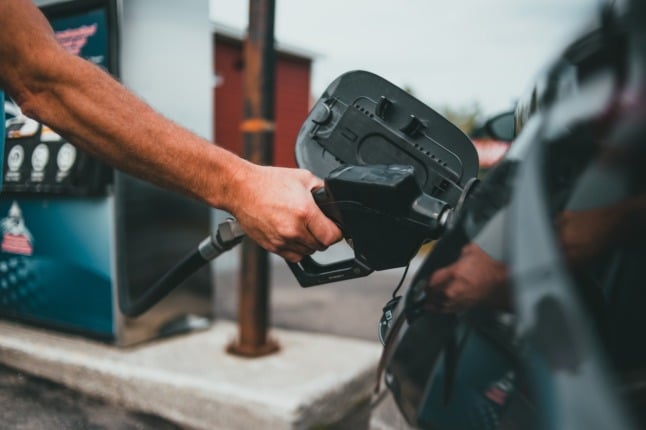 Gasoline prices are set to increase due to the Russian-Ukrainian conflict. Photo by Erik Mclean from Pexels

As reported by Swiss media, Ukrainian President Volodymyr Zelensky asked his Swiss counterpart Ignazio Cassis to hold a peace conference in Geneva in order to bring about a ceasefire with Russia.

The meeting of the UN Human Rights Council, scheduled in Geneva for today and Tuesday, in which Russian Foreign Minister Sergey Lavrov is due to participate, would be an opportunity for peace talks.

The Federal Department of Foreign Affairs (FDFA) did not confirm press reports about the peace meeting, but both Cassis and Zelensky tweeted they spoke with each other over the weekend.

While the European Union, the US and the UK has imposed sanctions on Russia for invading Ukraine on Thursday, the Swiss government has so far resisted this move.

However, a poll carried out by Link Research Institute indicates that 52 percent of Swiss nationals are in favour of Switzerland sanctioning Moscow for the invasion.

Only a quarter of respondents oppose it on the grounds that such a stance would not be in line  with Switzerland’s neutrality, while another quarter are undecided on this question.

The fact that the Federal Council is acts with restraint in this crisis is nevertheless welcomed by 45 percent of those polled.

Ukraine conflict likely to increase the price of petrol in Switzerland

A direct consequence of the Russian invasion for Switzerland: the price of fuel at the pump is likely to explode, with unleaded 95 gasoline expected to exceed 2 francs per litre.

That’s because the price of oil has not stopped climbing and will continue to do so as more sanctions against Russia are put in place. “A further rise in the crude price is likely if the situation continues to worsen,” according to Daniel Hofer, president of Avenergy (formerly Petroleum Union).

If payment traffic is interrupted, there is also a risk of gas deliveries from Russia stopping, and oil will automatically become more expensive.

“We are going to have petrol prices above 2 francs and they will probably stay at this level for some time yet”, Hofer said.

Both houses of the Federal Assembly — the National Council and the Council of States — will convene in Bern’s Federal Palace for the spring session.

Among the issues to be debated by the two chambers are improvements to the greenhouse emissions  (CO2) law and the federal legislation concerning biking trails.

This will be the first time in two years the MPs will participate in the March session under ‘normal’ circumstances — in March 2020 spring sessions were interrupted due to Covid-related confinement, and the following year deputies met in the chambers under strict health measures, which included distance, masks, and plexiglass dividers.

The spring session will last until March 18th.