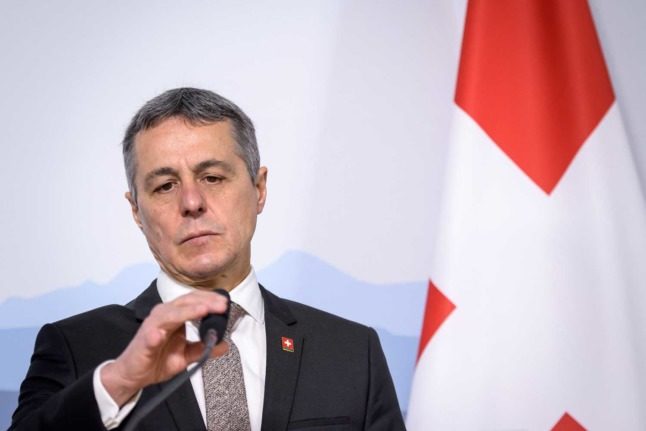 Along with cheese, chocolate and watches, neutrality ranks as one of Switzerland’s trademarks.

While Switzerland is far from the world’s only neutral country, it is perhaps the best-known example.

Switzerland adopted its position of “perpetual neutrality” after the last war in which it took part ended in 1815 with Napoleon’s defeat at Waterloo.

Throughout world wars and regional conflicts, Switzerland’s neutrality has been frequently tested but has remained a trademark of the Alpine nation’s foreign policy.

A “one-time step” or a “sharp break with neutrality”?

When the announcement was made, Swiss President Ignazio Cassis acknowledged that while the step was “unique” Switzerland was not abandoning its “untouchable” commitment to neutrality, countering that “playing into the hands of an aggressor is not neutral.”

“This is a one-time step by Switzerland, which we should not take lightly from the point of view of neutrality.”

On Monday afternoon, a number of international news sources sounded the death knell for Switzerland’s neutral traditions, including the New York Times and Germany’s Spiegel.

London’s Financial Times wrote “Switzerland broke with its longstanding tradition of political neutrality on Monday” while the Washington Post reported the decision was a “sharp break with its long-standing neutrality”.

Closer to home, MP Roger Köppel, from the right-wing Swiss People’s Party (SVP), said the Swiss government had “buckled”, arguing that it “did not have the strength to uphold (the principle of) neutrality”.

The SVP was the only mainstream Swiss political party to oppose the sanctions on Russia.

Is Switzerland no longer a neutral nation?

International law professor Oliver Diggelmann, from the University of Zurich told The Local on Tuesday that although Switzerland’s announcement was significant, it did not represent an end to Swiss neutrality.

“(Neutral) states have a legal obligation, which comes from their status as permanent neutrals, to not participate militarily in an armed conflict between states and to not support a conflict party with arms.”

Diggelmann emphasised that being committed to neutrality did not mean a commitment to doing nothing.

“Yesterday, the Swiss government recognised that not fully sanctioning such a blatant violation economically would make (Switzerland) an indirect accomplice of the aggressor. It openly positioned itself against a great power, even though only economically, which also marks a cesura in the Swiss political culture.”

Swiss historian and former diplomat Paul Widmer agreed, telling Swiss news outlet 20 Minutes on Tuesday “the policy of neutrality means that Switzerland does not take sides in a conflict.”

Widmer said the decision to impose sanctions was in fact an exercise of neutrality, rather than a departure from the principle.

“If there are blatant violations of international law and all other Western countries take sanctions, but we don’t take sides, also indirectly.”

Diggelmann said Switzerland’s actions showcased the “soft element of neutrality”, whereby Switzerland was “upholding the principles of the international order” while also maintaining its status as a possible mediator of any dispute.

“Even with the new position, though, Switzerland can offer its good offices (to mediate between Ukraine and Russia). With its legal status as a militarily permanent neutral state, with the second UN seat in Geneva, with its protection power mandate for Russia and Georgia – and Georgia in Russia – and its straightforward diplomats, it still is predestined to play such a role in case Russia would be willing to enter into such a peace process.”

Geneva: Will Switzerland host a ‘peace’ meeting between Russia and Ukraine?

Although Switzerland’s commitment to neutrality is centuries-old, there is scope for gradual evolution of the principle at law.

“We have to keep in mind, however, that the concept of neutrality (with its legal and soft elements) was never a concept with entirely clear cut elements carved in stone. It rather an instrument which needs being adjusted from time to time to new circumstances,” Diggelmann told The Local.

Laurent Goetschel, Director of the Swiss Peace Foundation and a Political Science Professor at the University of Basel, said the fact Switzerland was upholding international law meant that its motives could not be questioned regarding neutrality.

“If there had been even the slightest suspicion that Switzerland could derive economic benefit from the conflict, that would have resulted in a major image problem,” Goetschel told 20 Minutes.

“Switzerland’s neutrality is definitely not obsolete.

“In terms of its core competence in foreign policy, Switzerland should even decide on more extensive sanctions independently.”

While Switzerland had come under fire for waiting to impose the sanctions, Widmer also argued this was the correct approach.

“An immediate and unseen adoption of EU sanctions would have resulted in Switzerland being perceived by Russia as part of the EU and NATO bloc.” 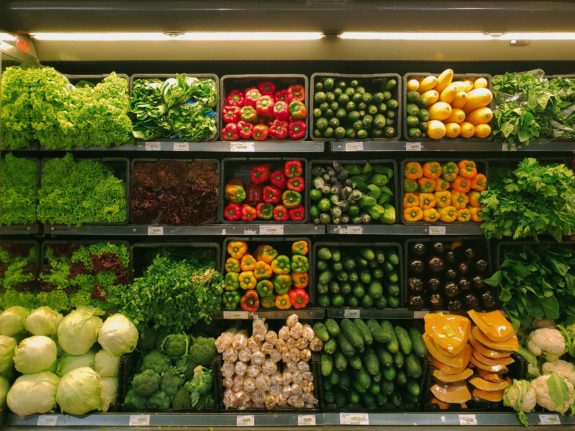