You are not Swiss until you try these seven weird foods

Switzerland is not exactly known for innovative cuisine but for hearty and, some say, uninspiring food. But can some of the country’s dishes be qualified as ‘weird’?

Unlike its neighbours France and Italy, Switzerland’s culinary tradition is relatively plain.

After all, how many foreigners would actually say “I am going to Switzerland for the food”?

Still, don’t rule out some surprises on the culinary front. Whether you consider these dishes as ‘weird’ or just very unappetising depends mostly on how adventurous you are and how solid your stomach is.

Some of the wackiest foods have a regional flavour — literally and figuratively.

One of them is a traditional “tongue sausage” from Bern.

A cookbook from 1835 states that two or three pig tongues should be used as ingredients, along with meat and blood from pork and beef. What’s not to like?

These days, however, the tongue has been phased out, but the name remains. Contemporary cookbooks call for Zungenwurst to be made from pork and beef meat, along with crackling and spices.

In 2019, Zugenwurst achieves EU protected status, which prevents imitators from reproducing the sausage, unless they do so under a different name.

If you can get over its appearance, you might actually enjoy it. 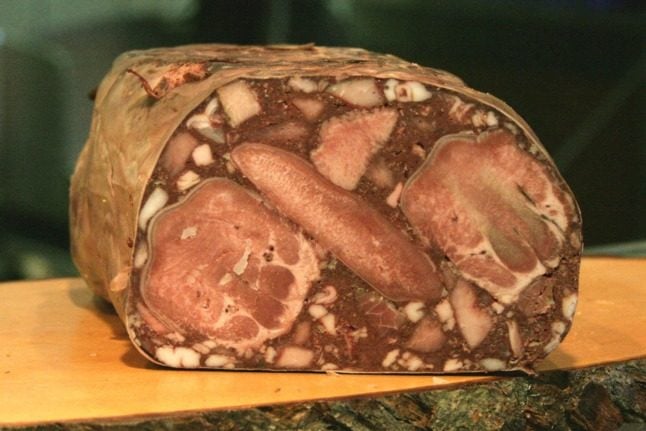 West of Bern, in Vaud, another sausage reigns: the so-called “cabbage sausage”.

No tongue or blood here; this traditional smoked sausage is made from white cabbage, pork and bacon, and eaten boiled with potatoes and leeks — another typical Vaud dish called “papet”.

According to legend, the origin of this sausage dates back to the year 879, when the family of the Emperor of Germany stayed in the Vaud town of Orbe for several weeks.

As the meat ran out, locals mixed cabbage with the sausage meat to fill the stuffing. The smoking stage appeared in the Middle Ages, when it was realised that by smoking the meat, it could be kept longer.

Unless you grew up eating Marmite in the UK or Vegemite in Australia, it may take you a whIle to develop your taste buds to accept, and actually like, Cenovis —  the dark brown paste made from yeast extract.

This very salty paste is spread on a slice of buttered bread.

How did this idea originate in the first place?

According to the company website, “it was in the mind of a visionary brewer from the Rheinfelden region in the canton of Basel-Country that the idea of using the precious yeasts from the production of beer germinated”.

If you think this plant is unfit for human consumption, Genevans will disagree with you.

That’s because cardon épineux genevois is not only a local specialty, but it is also  the first vegetable to be included in the official Swiss registry of origin.

It can be eaten, for example, as a gratin — grilled with (Swiss) cheese on top — to accompany meat or fish.

First consumed around Europe in the 16th century where it was widely cultivated, these days canton of Geneva is the only place that still produces thorned thistle. 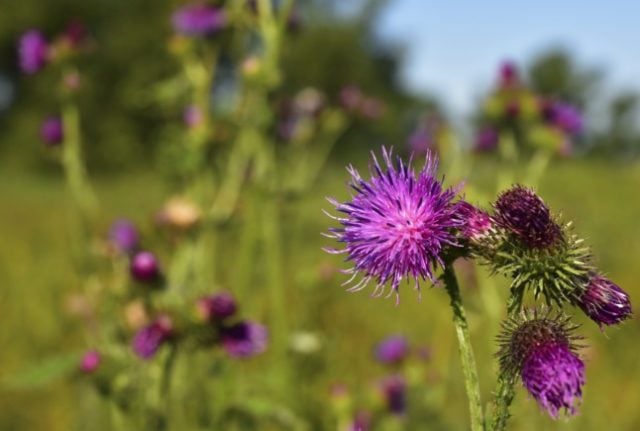 Genevans make a dish out of this plant. Photo by Pixabay

That Switzerland has its own beverage is not in itself unusual (and certainly not weird) — after all, it does have plenty of cheese and chocolate of its own.

What is slightly odd, however, is that this carbonated drink is made from milk whey.

Perhaps it is because Swiss cows produce too much milk and this surplus had to be used somehow — we don’t know. What we do know is that in 1950 two men, Roberth Barth and the biologist Hans Süsli, got together in Zurich and used a recipe initially conceived to produce a whey beer to create a soft drink that tastes a bit like a mixture of ginger ale and bubble tea.

As is the case with Cenovis, you probably have to train your taste buds (or trick them) to like it.

To the untrained eye, these little tarts, called vemicelles, look like worms piled on top.

In fact, in Latin “vermiculi” actually means “worms”. But if you can get past the appearance and the name, these pastries are actually quite delicious.

And making them from scratch (rather than buying them ready made) is almost an art form: traditional recipe calls for about half a kilo of chestnuts.

An incision has to be made in each chestnut before boiling. Then, chestnuts should be shelled, simmered with milk and sugar before being pressed through a special machine to create the long “worms” of chestnut paste. 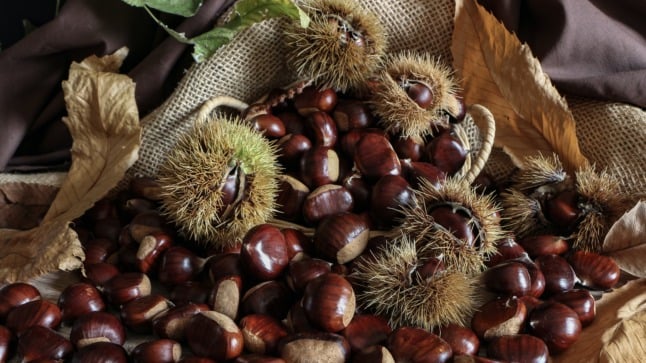 Photo by Robert Patti on Unsplash

OK, what is actually weird about this dish is not its content  but the truly off-putting name.

There is a reason for that: this dish was invented during the cholera outbreak in the 1830s when people were scared to leave their homes and made a pie with whatever leftovers they had on hand: potatoes, onion, apples, bacon, leek and cheese.

As far as we know, this is the only food still in existence that was created out of necessity during a health crisis. To this day, there is no dish called Covid (although all of you budding chefs out there may see that as a challenge).