EXPLAINED: What does euro-franc parity mean for Switzerland?

With the value of the European currency declining due primarily to the war in Ukraine, the euro reached parity with the Swiss franc. Is this good or bad news for Swiss consumers and Switzerland?

For the first time in seven years, the Swiss franc and the euro hit parity on Sunday.

The European currency fell by four percent since Russia invaded Ukraine on February 24th, while the Swiss franc has risen by 0.9 percent during this period.

READ MORE: Parity with the euro: Why the Swiss franc is now so strong

The fact that the franc is so strong is nothing new in itself: it is largely thanks to Switzerland’s stable and resilient economy, which has managed to resist the many crises that have weakened other countries’ financial markets.

In fact, during the 2008 global recession, investors from all over the world stashed their money in Switzerland for safekeeping. Because of this influx of money, the value of franc rose dramatically — from around 0.7 francs per euro to near parity.

Another important factor is Switzerland’s relatively low national debt, which, together with the European debt crisis, has boosted the franc.

This may sound like very good news, but in fact the parity has consequences for Switzerland.

Switzerland relies heavily on exports —  particularly pharmaceuticals, machinery, instruments, and watches. Over 40 percent of the country’s production is sent to its main trading partners in the European Union.

It is fair to say that exports are the backbone of Switzerland’s prosperity and economic growth. But when the franc rises, it makes Swiss products less competitive — that is, too expensive — in eurozone markets.

What specific impact can we expect from the parity?

News platform Watson has listed some of the major repercussions of the weakening euro / stronger franc. This is an overview of the likely consequences:

The industry in general

The rapid appreciation of the Swiss franc is having a huge impact on the export-oriented industrial sector. Both the large association of the machine, electrical and metal industry (Swissmem) and Swissmechanic, the organisation of the smaller industrial suppliers, will be impacted by the new exchange rate.

"The opportunity to invest in innovation and digitisation is decreasing accordingly”, a Swissmem spokesperson pointed out.

The association assumes that the companies will try to pass part of the cost increase, which will also affect raw materials, energy and primary products, on to the customers.

For Swissmechanic, there are problems on the horizon as well.

“Our companies have steadily increased their efficiency in recent years, but the point will be reached when they can no longer do so”.

This branch, which has not yet recovered from enormous losses sustained during the pandemic, is facing a new blow  — higher costs, which means more expensive meals for the consumers.

"At the moment we can live with the current franc exchange rate to some extent, but there are limits”, according to Casimir Platzer, head of the industry association Gastrosuisse. 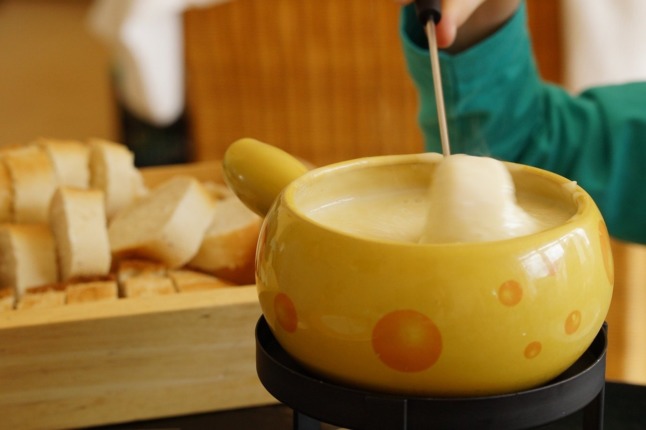 Will Swiss restaurants be impacted by stronger franc? Photo by Pixabay

The same dynamic applies to the tourism industry, which was also significantly impacted by the health crisis.

Martin Nydegger, director of the marketing organisation Switzerland Tourism, speaks of "an accumulation of problems that together represent a real challenge".

Because of the war in Ukraine and lingering fears of Covid,  visitors from the USA and Asia are still staying away from Switzerland. Added to these problems is the exchange rate parity, which “is another hurdle that we have to overcome”, Nydegger said.

Will Swiss hotels now have to lower prices?

“The Swiss hotel industry is still extremely competitive”, according to Andreas Züllig, president of the Hotelleriesuisse industry association.

The current parity has been apparent for some time, he said, and the sector has been able to adjust and adapt its pricing, benefiting from the fact that prices in neighbouring countries had risen much faster than in Switzerland in recent years.

Will cross-border shopping become even cheaper?

Many people living close to the border frequently shop in France, Italy or Germany, where prices for everyday goods are much lower.

Will weakening euro make this activity even more lucrative for Swiss shoppers?

Shopping abroad will certainly remain cheaper than in Switzerland but Dagmar Jenni, head of the Swiss Retail Federation, said it is unlikely many more people from Switzerland will make the trip across the border(s) just to shop.

Also, the grass in not necessarily greener (and prices lower) on the other side, she said, pointing out that in Germany prices are rising much faster than in Switzerland. 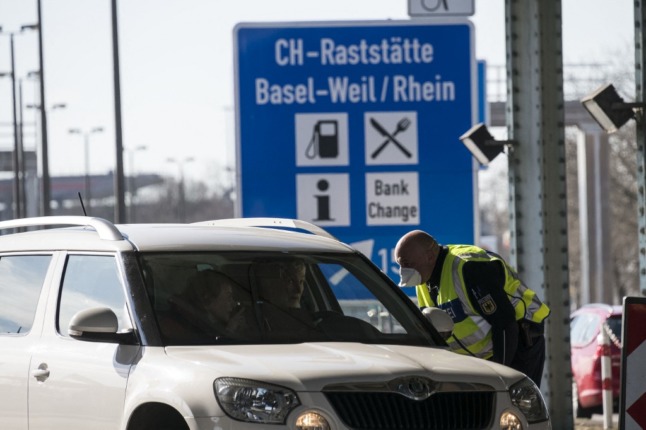 What about salaries and employment?

For Daniel Lampart, chief economist at the Swiss Confederation of Trade Unions, the weaker euro could have consequences for both wages and jobs.

He points out that companies in Germany would pay significantly lower wages than they did two or three years ago.

“The weakness of the euro gives them an additional advantage, while Swiss industry is at a disadvantage”, he said.

What needs to be done to offset the euro-Swiss franc parity?

Some in the industry are calling for the Swiss National Bank (SNB) to intervene as it had done in 2011, when the SNB had capped the franc at 1.2 euros, devaluing the Swiss currency by 8 percent.

But in 2015, the SNB abandoned the cap, saying it was no longer justified. The franc’s value immediately soared by around 30 percent.

Others, however, are largely, unconcerned. “The increase is pretty muted, indicating that the SNB hasn’t intervened much over the past few days,” Maxime Botteron, and economist with Credit Suisse, told news outlet Swiss Info.

“It has a lot to do with the fact that the franc’s appreciation is against the euro and other currencies.”

What else has Switzerland done to keep its currency from gaining strength?

Just when the SNB removed the currency cap in 2011, the bank had also lowered interest rates, pushing them into the negative territory at -0.75 percent.

This move was intended to deter foreigners from parking their money in Swiss banks, as they had done after the 2008 economic crisis, by making the franc unattractive to investors.

However, this defence mechanism proved to be a double-edged sword: while it may have kept the franc from gaining in value, it also drastically reduced the yield from Swiss pension funds and savings accounts.

READ MORE: EXPLAINED: How does the Swiss pension system work – and how much will I receive?