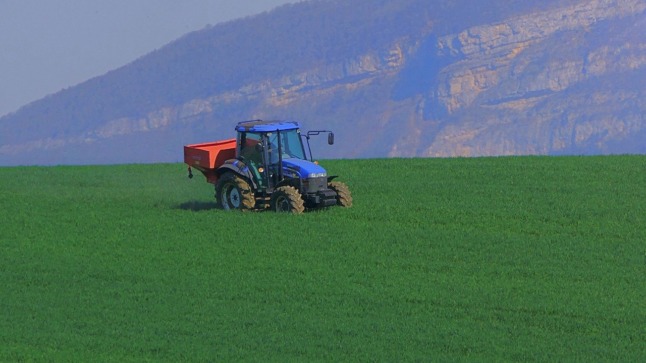 The war that started on February 24th has sent wave shocks through the global economy almost immediately.

This is how it has impacted Switzerland, and its population, so far.

The value of the European currency declined due primarily to the war in Ukraine, with the euro reaching parity with the Swiss franc earlier this week.

READ MORE: Parity with the euro: Why the Swiss franc is now so strong

This impacts Swiss consumers in a number of ways.

That’s because the new 1 to 1 exchange rate will have a huge effect on the export-oriented industrial sector — the backbone of Switzerland’s economy — which trades mostly with eurozone nations.

Companies could compensate for their losses by passing part of the cost increase on to consumers — that is, you. Prices of many everyday goods may go up as a result.

You can read more about the effects of the euro-franc parity here:

EXPLAINED: What does euro-franc parity mean for Switzerland?

The price of fuel

Like many European countries, Switzerland imports natural gas and oil for energy production from Russia. While these imports do not account for the major portion of Switzerland’s gasoline and oil supply, the effects are already felt at the pump.

With the current petrol price of 2 francs per litre, the cost per kilometre rose by two centimes to 71 centimes. That’s an additional 300 per year for petrol for 15,000 kilometers driven, according to motoring organisation Touring Club Suisse (TCS).

As a comparison, when the average price of gasoline was 1.67 per litre, in 2021, an average car journey cost 69 cents per kilometre.

So depending on how much and how far you travel by car, you are likely to spend more for your journeys than before.

At this point it is impossible to predict how the price of petrol will continue to develop, said Timo Ohnmacht, traffic sociologist at the Lucerne University of Applied Sciences and Arts.

“Energy costs are heavily dependent on world events. The gas price has already risen by 60 percent. If this happens with petrol, a price of 3.20 francs per litre would be conceivable”, he said.

Ohnmacht added that the price hike would not necessarily push Swiss drivers to give up their cars or take public transport instead.

“Drivers are very stable in their behaviour. In ‘what-if studies’, many often state that they would switch to public transport if petrol prices were higher, but in reality they change very little”.

Higher gasoline prices, however, impact not only the cost of filling up the car; they also have a so-called ‘domino effect’ on the cost of common products and household goods.

While they may not have obvious connections to oil, petroleum derivatives are used to manufacture cosmetics, medical devices, clothing made from synthetic materials, smartphones, computers and TVs —as well as everything else made from, or packaged in, plastic.

This means that a price hike will affect a very wide array of everyday goods, some essential and others less so.

“A blow to agriculture”

Russia and Ukraine are major exporters of agricultural raw materials, including wheat necessary to make flour for bread and other baked goods, as well as corn and barley.

The prices of baked goods will not climb  significantly, however, as “the cost of flour is just over 10 percent of the price of bread in total”, according to agricultural cooperative Fenaco.

The major problem for agriculture lies in the price of fertiliser, which is essential for cultivation of healthy crops.

Fertiliser prices have increased since the Russian invasion of Ukraine.

What connection is there between fertilisers and the war?

It’s about natural gas, which Switzerland imports from Russia.

Fenaco points out that up to 80 percent of the production costs of nitrogen fertilisers are influenced by energy prices, in particular those of gas.

“To make the fertiliser, you need ammonia and nitrogen,” Philippe Rezzonico, financial analyst at Heravest investment service, said in an interview with RTS public broadcaster. “And the ammonia comes from the hydrogen that comes from natural gas”.

“We are faced with an increase in production costs, which is estimated at around 6 percent this year”, said Francis Egger, vice-director of the Swiss Farmers Union. “And that will ultimately have effects on the prices paid by consumers, for example on vegetables.”