Which is Switzerland’s ‘most Swiss’ canton?

Roughly a quarter of Switzerland’s population is foreign, with some regions being more international than others. But which cantons are the ‘Swiss-est’ of them all?

The Local has written at length about the cantons that have the highest concentration of foreign nationals.

Not surprisingly, as most foreigners move to Switzerland for economic opportunities, vast majority live where the best-paid jobs are, such as in or near Zurich or the shores of Lake Geneva, which also encompass parts of Vaud.

Not coincidentally, these are also regions with highest rents:

Swiss rents: This is where cheapest and priciest apartments are

The proportion of foreigners — 60 percent — is highest in Geneva, according to the Federal Statistical Office (FSO).

The rates are also particularly high in the cantons of Zurich, Zug, Basel-City, Schaffhausen, Ticino, Vaud, and Neuchâtel, FSO said.

This means that, as a whole, all of the above cantons are “least Swiss” in terms of the origin of its population.

What about the “most Swiss” regions?

At the opposite end of the  cantons listed above, there are also places in Switzerland were few foreigners settle and most residents are Swiss.

Again according to FSO data, Appenzell Innerrhoden and Uri have — at 11 and 12 percent respectively — fewest immigrants in their midst.

Next come Nidwalden with 14 percent, followed by Obwalden and Jura with 15 percent each.

This means that in these five cantons, Swiss population is overwhelmingly dominant, and they can therefore be considered as “most Swiss”.

What about individual cities?

In terms of municipalities, there are quite a few where the percentage of Swiss residents far outweighs the proportion of foreigners.

In these cities, nearly 80 percent of residents are Swiss nationals: Luzern, St. Gallen, Winterthur, Solothurn, Chur, and Sion, among others.

However, the “most Swiss” label can be misleading.

While we have focused here on Swiss versus foreign population, the definition of “Swissness” can go beyond demographics and fall under various other categories. In other words, it can mean different things to different people.

For many, this may mean a place where most of Switzerland’s customs and traditions are still alive, or a town / region  which symbolises Switzerland the most.

This is a subjective call, as it depends on what criteria is applied.

But these are some ideas:

As Switzerland’s capital — or federal city, as Swiss prefer to think of it — it is the country’s political epicentre and could qualify as the "Swissest" part of the country.

A mountain meadow, reportedly the site of the historic 1291 oath marking the foundation of the original Swiss Confederacy.

Graubünden’s capital is the oldest town in Switzerland, with a 5,000-year-old settlement history.

The small Fribourg town is the home of Cailler, Switzerland’s oldest chocolate manufacturer.

The Valais resort lies picturesquely at the foot of the famous Matterhorn. 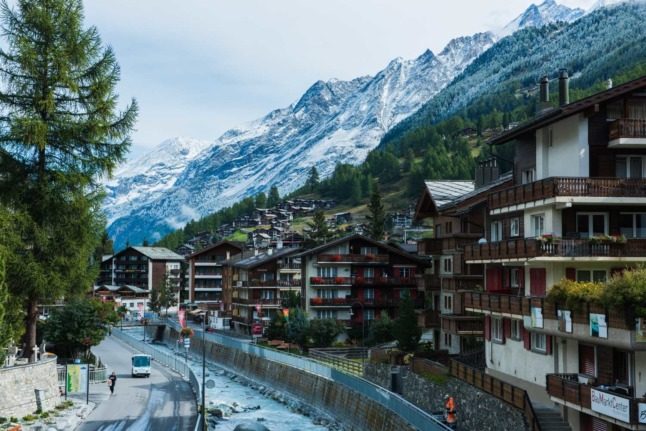 Zermatt in the Swiss alps. Photo by Gabriel Garcia Marengo on Unsplash