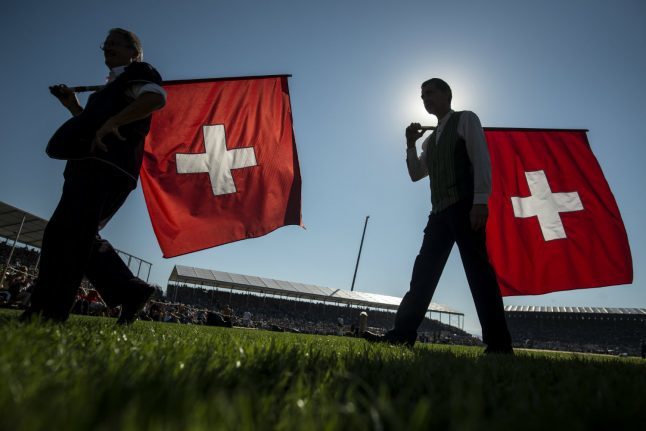 If you ever land at Zurich airport and take a train from the terminal to passport control, you will see a brief video projected against the wall, showing “Heidi” blowing kisses while there is yodelling in the background along with moo-ing of the cows.

That’s the “typically Swiss” image tourism authorities want you to see the moment you land in Switzerland, to get you in a mood for all the ‘Swissness’ that supposedly awaits outside the airport’s doors.

But the image is inadvertently misleading, as the quintessential ‘Swiss’ mountain girl may have actually been German.

This, in itself, is a sign of ‘Swissness’, however: according to data from the Federal Statistics Office, over 2.7 million people in Switzerland — 38 percent of permanent residents  aged 15 and over — have a migration background like Heidi.

This includes people who immigrated to Switzerland and those born here of foreign parents, but who were not naturalised in the meantime.

This is because, unlike many other countries, being born in Switzerland doesn’t automatically mean the person is Swiss, so the notion of ‘Swissness’ by birth is flawed.

Friends and family in the United States often ask me what a typical Swiss person is like.

My response: do you mean Swiss-German, Swiss-French, or Swiss-Italian?

That’s because one of Switzerland’s specificities is that it is a multi-lingual and multi-cultural nation, with each linguistic region taking on some of the characteristics of the countries which they border.

Therefore, Swiss-Germans are said to be (generally speaking) more fastidious and staid; Swiss-French more moderate and less strict, and Italian speakers the most relaxed of all. In fact, there is a saying that the Italian-speaking region of Ticino is just like Italy, only cleaner.

This multi-pronged explanation confuses my American friends even more, because the answer they expect to hear is a stereotypical one: all Swiss people wear Rolex watches, eat lots of cheese and chocolate, and ski practically from birth (the last three are actually true).

Then there are those who are convinced that the ‘real’ Swiss are exactly like the men portrayed in the Ricola advertisement once popular in the US.

All this brings up a question of whether a foreign-born person who lives in Switzerland and wears a Rolex, consumes large quantities of cheese and chocolate, hits the slopes regularly,  and carries Ricola in the pocket can nevertheless qualify as a ‘typical’ Swiss?

In other words, is ‘Swissness’ a matter of multi-generational ancestry and pedigree, or acquired habits and behaviours?

So what constitutes ‘Swissness”?

This is a subjective matter, of course, but there are nevertheless some typically Swiss traits you can expect to find pretty much everywhere across Switzerland — though more so in some regions than in others.

They are cleanliness, punctuality, organisational skills, attention to detail, strong work ethic, and a sense of duty and responsibility.

Then there are the values that Swiss people hold dear and that distinguish them from residents of many other nations : grass-roots direct democracy, neutrality, as well as personal freedom and constitutional right to self-determination.

There are also various quirks and paradoxes that are possibly not exclusively Swiss per se, but certainly common in this country. One example is that excessive noise is prohibited at night and on Sundays, but the Swiss will challenge anyone who complains about the chiming of church clocks every half an hour or incessant ringing of cow bells.

The bottom line: Is there such a thing as a typical Swiss?

One answer may be that a person who displays all or some of the skills, personality traits, and beliefs of a true Swiss, is one.

Generally speaking, anyone with the above-mentioned qualities —  organisational skills, attention to detail, strong work ethic, and a sense of duty and responsibility — could fit the bill.

READ MORE: Which is Switzerland’s ‘most Swiss’ canton? 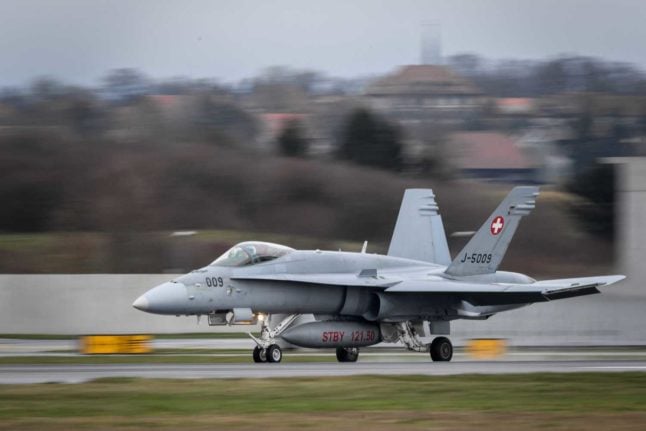 This is pure posturing by anti-abortion activists. It is obvious they can’t win the popular vote – the last time there was a vote on abortion in 2014, 80 per cent voted to leave the current regime unchanged – but Swiss campaigners still want to remind the public of their dissent.

If they hurt women along the way, perhaps that’s acceptable collateral damage for them. Or perhaps that’s the whole point. The initiatives were launched together in December 2021 and the signature gathering deadline is in June 2023.

All these campaigners achieve by dragging abortion onto the public agenda is piling additional stress and guilt on women who are going through a personal, in some cases heartbreaking, healthcare dilemma. Perhaps the rationale is that this extra pressure would have a deterrent effect.

Switzerland was one of the first European countries to legislate for abortion in 1937, allowing abortion when the woman’s health was in danger. The cantons were free to decide how strictly to interpret the law and this led to a patchwork of abortion services across the country.

Women ended up needing to travel inside the country to access abortion right up to 2002 when voters accepted the new abortion law allowing unrestricted access to abortion in the first 12 weeks of pregnancy. The law set conditions for abortions after this point.

The first of the two initiatives is the ‘Save viable babies’ campaign to stop late-term abortions unless the mother’s life is in danger. This would apply to pregnancies from 22 weeks gestation where the foetus could potentially survive outside the womb with medical support.

The second one is the blandly named ‘Sleep on it’ initiative, seeking to impose a one-day waiting period before allowing women and girls to access abortion treatment. Both sets of signatures are being collected together “for synergy reasons”.

Three Swiss People’s Party (SVP) parliamentarians are behind the campaigns, including two women, Andrea Geissbühler and Yvette Estermann. They got nowhere in parliament with similar proposals which is why they are taking them to the people. No political party supports either initiative.

Of the total of some 11,000 pregnancy terminations performed in Switzerland each year, approximately 95 per cent are carried out by the 12th week in accordance with the so-called time-limit regulations.

Only a very small proportion of all terminations take place at an advanced stage of pregnancy. Some 150 terminations per year are performed after the 17th week of pregnancy. The ‘Save viable babies’ campaign is targeting pregnancies terminated from 22 weeks gestation onwards. There are an estimated 40 such cases per year.

Just to be clear, the campaign wants the whole country to vote on the fate of 40 women per year going through a terrible personal crisis along with their distressed families.

The Swiss National Advisory Commission on Biomedical Ethics published an opinion on the practice of late termination of pregnancy in 2018. Here’s what they had to say about these 40 cases annually.

“The reasons and circumstances underlying advanced pregnancy termination are many and varied. Almost always, the women concerned find themselves in a situation beyond their control, posing a moral dilemma. The need for a decision, and the consequences thereof, can have a lasting impact on the women and their families. Accordingly, the primary ethical principle is that all options need to be jointly considered, with empathetic and careful support being provided for the people concerned.”

Those options include what is called palliative birth for babies with serious conditions who will die at birth or shortly afterwards.

Guess what, collecting signatures for 18 months for a popular initiative banning late term abortions is the opposite of empathetic support. It exacerbates the suffering involved. But this is a mindset where nothing is more important than the life of the foetus, least of all the parents’ suffering.

The number of abortions carried out in advanced pregnancy has remained virtually unchanged over the last ten years. Forty out of 11,000 is not very many, but the fact that these situations arise every year represents a sad fact of life.

Meanwhile the ‘Sleep on it’ initiative seeks to introduce a one-day wait between contacting a doctor and receiving the treatment. In three-quarters of cases this means a prescription for abortion pills.

The one-day wait seems like a spurious and hollow demand. It is normal to think before you go to the doctor for any procedure. I have no doubt that when a woman asks a doctor for an abortion, she has already thought about it – for days if not weeks. She doesn’t need to go through an extra sleepless night to satisfy anyone.

We know that the best way to reduce the number of abortions is either to reduce the number of unintended pregnancies – through information and services – or to significantly improve the material situation of women, for example income, housing, safety or job security. These factors already contribute to Switzerland’s low abortion rate.

As an Irish citizen born in the 1970s, I came of age in a country that enshrined the right to life of the unborn in the constitution in 1983, which is what the ‘Save viable babies’ initiative seeks to do. That constitutional ban took a terrible toll on Irish women and girls for 35 years until it was repealed.

This constitutional ban affected not only abortion services but maternal care in Ireland, with unnecessary suffering and risks imposed on miscarrying women by doctors afraid of breaking the law, as is now being seen in Poland.

What we know about Swiss abortion is that it is safe, legal and rare. In an imperfect world, this is as good as it gets, no matter what the purists say. 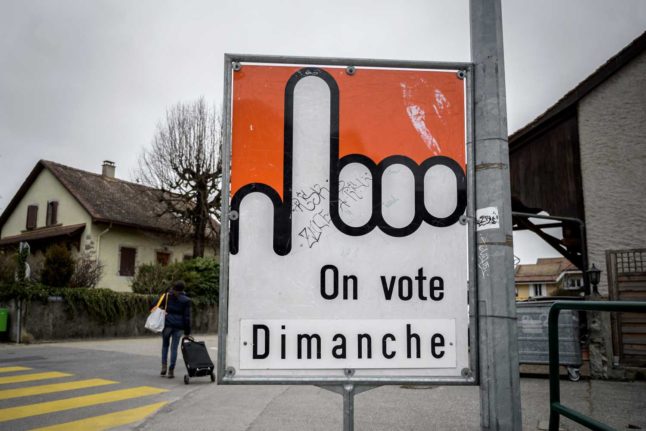 TRAVEL NEWS
OPINION: Trains are in fashion so why is rail travel across Europe still so difficult?
Url copied to clipboard!