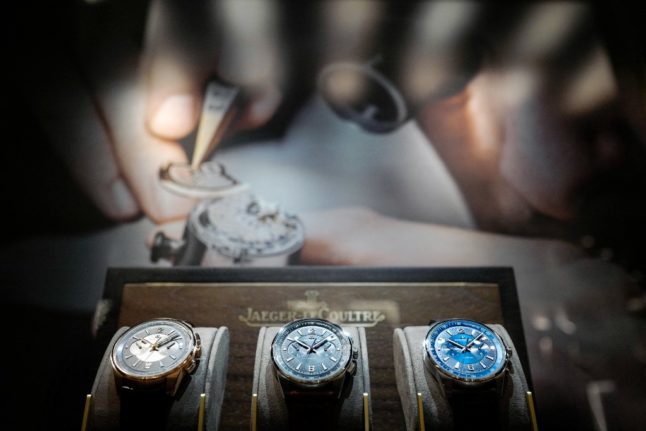 The European Union imposed a fourth wave of sanctions on Tuesday, which Switzerland said it would match.

Switzerland is not in the EU and has a long-standing tradition of neutrality on matters of war, but nonetheless has been aligning itself with waves of EU sanctions imposed following Russia’s February 24 invasion of Ukraine.

The new measures “will come into force within the next few days”, the Swiss government said in a statement.

“The ban on the export of luxury goods contained in the new sanctions affects only a small portion of Switzerland’s global exports of such goods. However, specific companies could be seriously affected,” Bern admitted.

Watchmaking is the wealthy Alpine nation’s third-largest export sector, though far behind the giant pharmaceutical sector.

However, exports only give a partial indication of watch sales to wealthy luxury watch lovers, who often splash out during tourist trips to Switzerland.

Rich Russians are among the chief watch enthusiasts, with President Vladimir Putin himself regularly seen wearing prestigious Swiss brands on his right wrist.

Even before the sanctions, several major Swiss brands including Rolex had already halted their exports to Russia.

Last week, the Swatch group, which owns of Tissot, Omega and Breguet, closed its stores in Russia, having already suspended its exports the week before.

The EU’s list of targeted products bans the export of champagne as well as cigars, perfumes, watches, jewellery, yachts and luxury sedan cars.