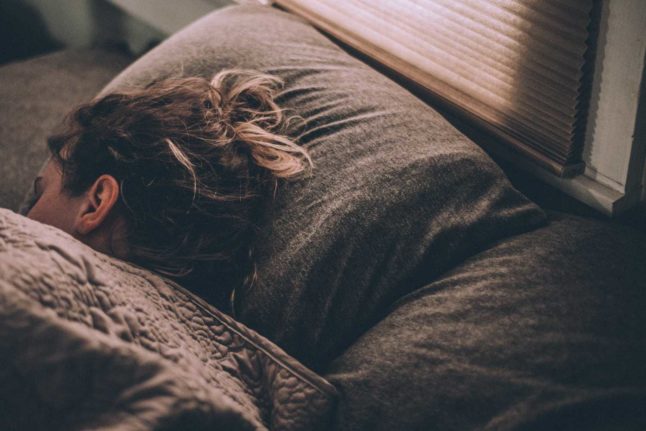 A Swiss start up has invented a 'wake up' pill. Photo by Lux Graves on Unsplash

Any night owls out there will know the feeling of waking up in the morning foggy and confused, wishing to possess the clarity and alertness they had when they lay their head on the pillow the night before.

The solution tended to be some form of caffeine intake and perhaps some exercise, but it is hard not to get frustrated by the freshness of those around you.

A new invention from Swiss startup Galventa seeks to treat the problem at the source with a ‘wake up’ pill.

The pill, which includes a range of vitamins and of course caffeine, is taken the night before when you go to sleep.

The makers promise that it won’t interfere with your sleep as it takes seven hours to start working.

READ MORE: How to drink coffee like the Swiss

“Thanks to a technology patented by us, the ingredients caffeine, zinc, vitamin B5 and B12 are only released into the body seven hours after ingestion,” CEO Sasha Fritz told Swiss news outlet 20 Minutes.

Fritsche said he had a personal motivation for developing the pill, which has taken six years to bring to market.

“I finally wanted to get up fit and be able to enjoy the morning when not many people are out and about.”

Due to the caffeine content, it is not suitable for children and pregnant women, while anyone wanting to sleep longer than seven hours is recommended to avoid the pill.

“The effect cannot be delayed for more than seven hours and then slowly begins to take effect,” Fritsche said.

The product is expected to be launched widely in Switzerland in 2023.