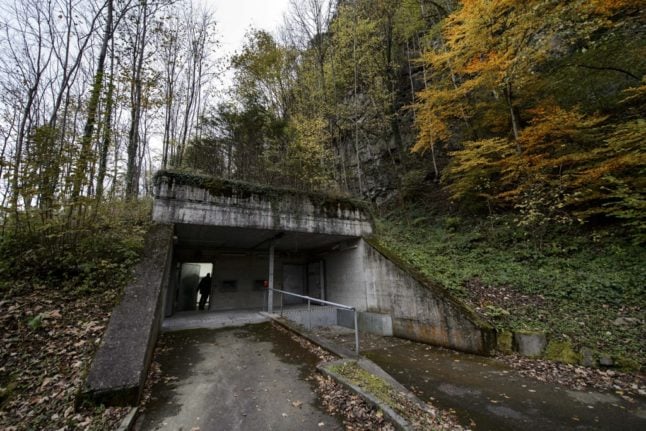 The entrance of Deltalis Swiss Mountain Data Center, a former Swiss Army bunker built in the Alps during the Cold War, is seen on November 18, 2013 near Attinghausen, Central Switzerland. AFP PHOTO / FABRICE COFFRINI

Since the 1960s, every Swiss municipality has had to build nuclear bunkers for their residents, while such shelters have also been mandatory in all homes and residential buildings over a certain size built since then.

The shelters have become an integral part of the Swiss identity, on a par with the country’s famous chocolate, banks and watches.

But the underground spaces, long seen as a quirky curiosity mostly used for storage or as very well-protected wine cellars, are being viewed in a new light since Russia invaded Ukraine on February 24.

Fierce fighting near Ukraine’s nuclear power plants, including Chernobyl — the sight of the world’s worst nuclear accident in 1986 — have also heightened fears that even traditionally neutral Switzerland could be affected by the war.

‘Ukraine is very nearby’

“People are discovering that Ukraine is very nearby,” Marie Claude Noth-Ecoeur, who heads civil and military security services in the mountainous southern Wallis region, told AFP.

The wealthy Alpine country has pledged that each and every resident will have a shelter space if needed.

But while there are more than enough spots at a national level, there are vast regional differences.

Geneva is worst off, with only enough places for 75 percent of its population.

Nicola Squillaci, head of Geneva’s civil protection and military affairs division, said the shelters were conceived to provide protection “especially in the case of a bombing and a nuclear attack”.

They would help protect the population “against the shock waves, and against radioactivity in the air”, he told AFP.

Ducking into a private shelter for around 150 people, underneath a brand new residential building in the Geneva suburb of Meyrin, Squillaci pointed out how, in peace time, it was equipped with basement storage units for the apartment dwellers above.

But unlike most storage facilities, this one comes with composting toilets, kits for quickly assembling beds, and a ventilation system that filters the air coming in from the outside. 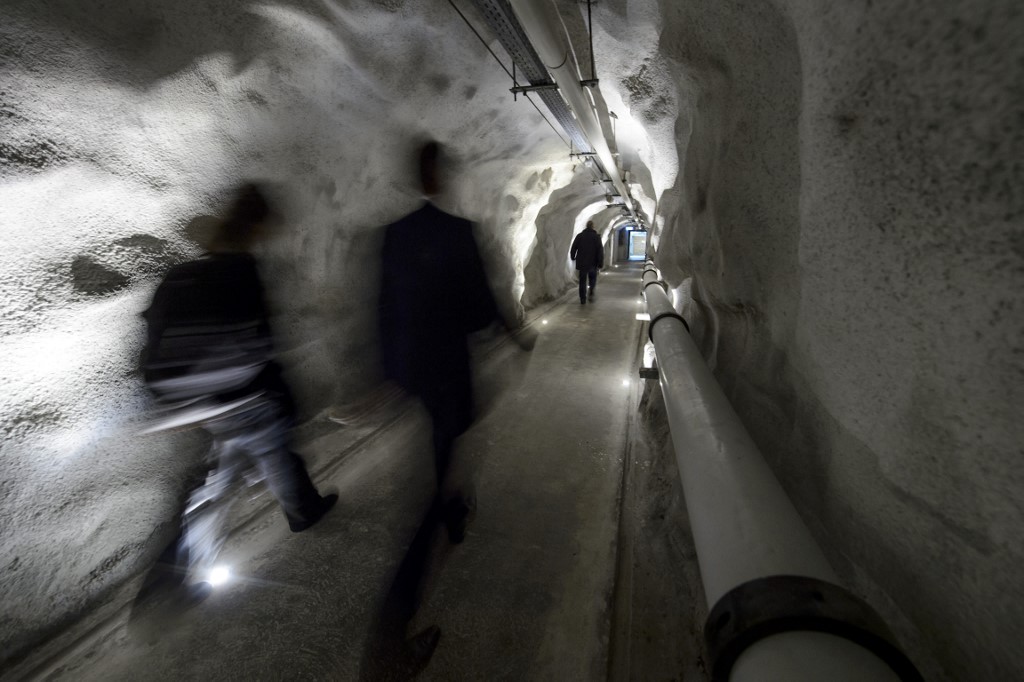 People walk in a corridor of the Deltalis Swiss Mountain Data Center, a former Swiss Army bunker built in the Alps during the Cold War. AFP PHOTO / FABRICE COFFRINI
‘Capsule’
“It is like a capsule, with airlocks on emergency exits and main exits,” Squillaci said.

“If the building were to collapse, the shelter would remain intact.”

Switzerland’s vast network of nuclear bunkers have a range of other day-to-day uses, including as military barracks or as temporary accommodation for asylum seekers.

But Swiss authorities require that they can be emptied and reverted back to nuclear shelters within five days.

So far, Switzerland’s population has never been ordered down into the shelters, not even in the wake of the Chernobyl disaster.

Experts say the most likely scenario for needing to use them has always been a possible accident at one of Switzerland’s own nuclear power plants.

But now the conflict raging in Ukraine has added a new, urgent layer to the national nuclear anxiety.

With public concern growing, Swiss authorities have published overviews of the available shelter spots, and have urged households to always maintain a stock of food to last at least a week.

With Ukraine, “the geopolitical situation has altered the paradigms a bit,” Squillaci said, adding that authorities were receiving “enormous numbers of llegitimate questions from citizens.”

A number of property owners who previously sought to pay a fine rather than build bunkers were also backtracking, he said.

‘Temporary protection’
To compensate for the lack of shelters under chalets and other traditional mountain homes, Alpine cantons like Wallis meanwhile rely heavily on large collective bunkers.

In Evionnaz, a municipality with around 1,000 inhabitants, the collective shelter can accommodate around 700 people, counting 15 dormitories filled with row after row of three-storey bunk beds.

“The country asks us to be on the ready,” Noth-Ecoeur said.

“Today we are in a preparatory phase, and we are ready to put the shelters to use.”

Experts caution though that the level of protection provided by the shelters in the case of actual nuclear weapons use would depend heavily on the intensity and proximity of the strikes.

“A large-scale nuclear war would however be catastrophic, and no state would be able to guard against the effects.” 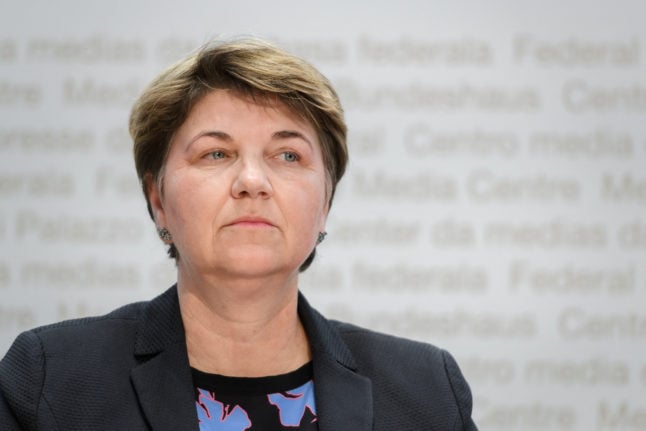 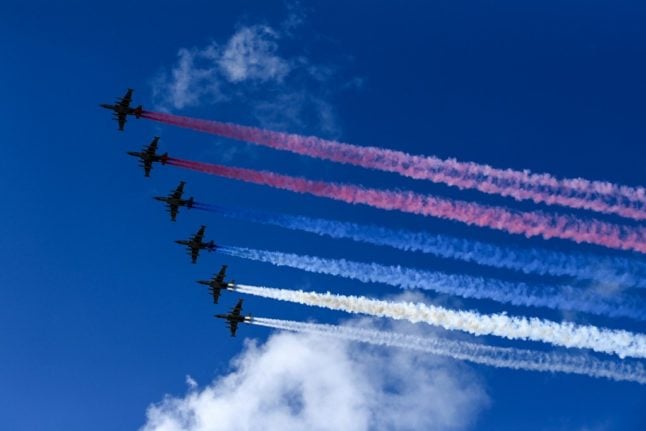