Russia is a major supplier of diamonds, gold and other precious metals to the luxury watchmakers exhibiting at Watches and Wonders, one of the world's top salons for the prestige industry.

The Russian group Alrosa -- the world's largest diamond mining company -- was hit by US sanctions within hours of the Kremlin-ordered invasion of Ukraine on February 24.

According to US Treasury figures, it accounts for 90 percent of Russia's diamond mining capacity, and 28 percent globally.

And while trade between Switzerland and Russia is modest, gold is the chief import, ahead of precious metals such as platinum followed by diamonds not mounted or set, according to the Swiss customs office.

Compared to other sectors of the Swiss economy, "watchmaking was a branch that was less affected than others by supply problems in 2021", Jean-Daniel Pasche, president of the Federation of the Swiss Watch Industry, told AFP.

But that may no longer be the case, he acknowledged, adding that it was hard to assess the repercussions for the watch industry at this stage.

"There are obviously reserves. Afterwards, we will have to see, depending on how long the conflict lasts," Pasche said. 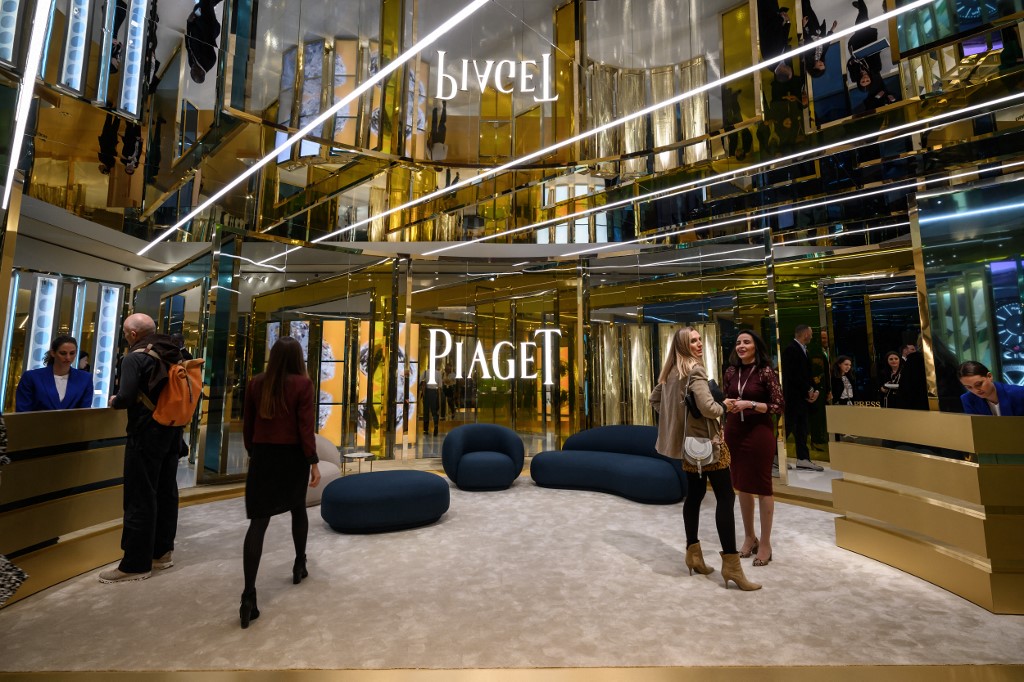 The booth of Swiss luxury watchmaker and jeweller Piaget, owned by Richemont group, photographed on the opening day of the Geneva salon. (Photo by Fabrice COFFRINI / AFP)

The group took the lead on Wednesday, saying all its brands have stopped sourcing diamonds from Russia.

The move will create a lot of work on the supply chain to find responsibly sourced, quality diamonds from elsewhere, Richemont chief executive Jerome Lambert told a press conference.

Gold supply is of less concern. For a decade or so, Richemont has been sourcing recycled gold for watchmaking, bought from industry and the electronics sector.

For palladium, used for instance for wedding and engagement rings, the group decided "ahead of the sanctions" to switch to suppliers specialising in recycled palladium, Lambert said.

Draining the stocks
At Patek Philippe, one of the most prestigious Swiss brands, the firm's president is counting on his stockpile to ride out the storm.

"Luckily I produce in small quantities," said Thierry Stern, who represents the fourth generation of his family at the company helm. 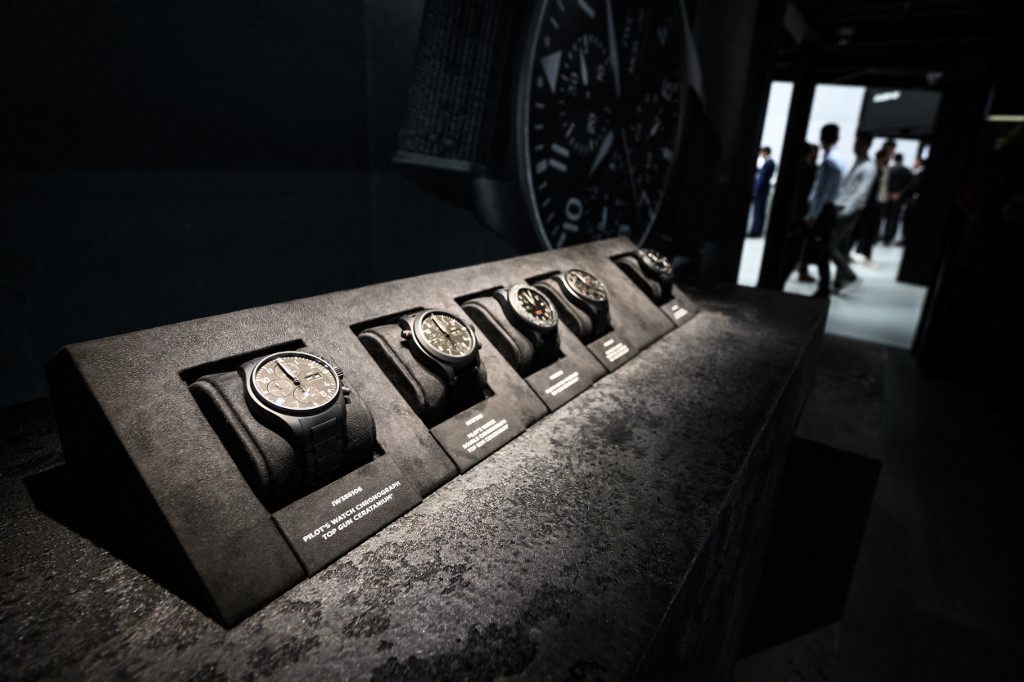 Watches made with titanium and ceramics are displayed at the booth of luxury Swiss watch manufacturer IWC, on the opening day of the Watches and Wonders Geneva show. (Photo by Fabrice COFFRINI / AFP)

"And if I can't find certain stones, I can always do engraving," said the head of the  brand, which relies on a wide range of disciplines including ceramics, marquetry and enamel.

"Purchases are made in advance. For example, for the casings that I want to make in 2023, I have already bought all the gold I need," said boss Edouard Meylan.

"But maybe in six months' time some of our suppliers will call to push back the deadlines because they haven't received the materials," he admitted.

Concerns over raw materials "will drive up prices, of course", said Jon Cox, an industry analyst with the Kepler Cheuvreux financial services company.

However, compared to other sectors, luxury firms have more leeway to pass on costs to customers, he added.

At the Watches and Wonders salon in Geneva, where 38 brands are exhibiting until Tuesday, the displays are brimming with diamonds, reflecting the "generally upbeat mood" of the industry this year after a prosperous 2021.

However, given the war and its repercussions, "I imagine product development will move to more subdued luxury goods", Cox said.