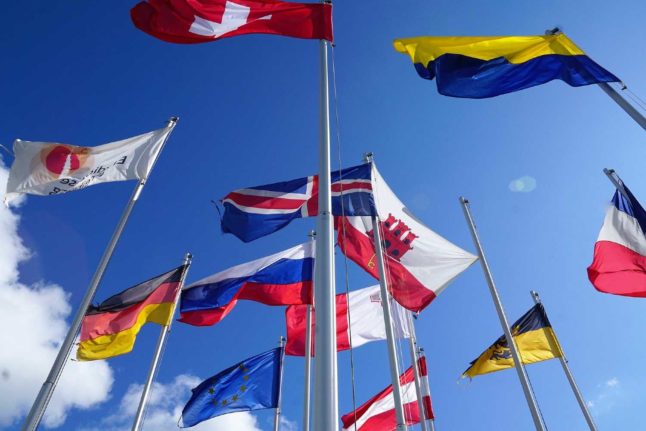 The Swiss flag next to the flags of several other nations. Image: Pixabay.

In explaining why Switzerland has not followed the EU’s example in expelling Russian diplomats, the Federal Council said on Wednesday this move could endanger Switzerland’s role as a ‘protective power’ in favour of Georgia.

It is difficult to imagine tiny Switzerland being a ‘protector’ in war and conflict zones, especially as its capacity to protect even its own territory has lately been questioned.

READ MORE: Could Switzerland defend itself against invasion?

However, in this particular context, Switzerland’s mandate as a protective power is of diplomatic rather than military nature.

What exactly is this role?

When two countries break off diplomatic relations with each other, Switzerland sometimes steps in to represent the interests of the two adversaries.

In case of Georgia and Russia, the two nations have had no diplomatic ties since 2008, when Russia invaded its former republic over a spat about separatist regions. Since then, Swiss embassies in Tbilisi and Moscow have represented interests of the respective nations.

This role is similar to that of an intermediary or mediator — something that neutral Switzerland excels at.

According to the Federal Department of Foreign Affairs (FDFA), “Switzerland first acted as a protecting power in the 19th century when it looked after the interests of the Kingdom of Bavaria and the Grand Duchy of Baden in France during the Franco-Prussian War in 1870-71”.

This role continued through both world wars; since 1945, Switzerland has held 24 simultaneous mandates as a protecting power, representing, among other nations, the United States in Cuba and Iran, and vice-versa.

It may sound like just a regular diplomatic mission, but it isn’t.

In some cases, the role of a protector is challenging and even risky. One example was Cuba, where the Swiss Embassy mediated between Havana and Washington D.C for 54 years, until the two countries re-established diplomatic ties in 2015.

“Switzerland was faced with exceptional tasks previously unknown to Swiss diplomacy, ” said Thomas Fischer, former lecturer at Geneva’s Graduate Institute of International Studies, in a 2010 report that documented Switzerland’s role as the protector of U.S interests in Cuba.

He cited a dramatic incident in 1964, when Cubans attempted to seize the U.S. Embassy building where Swiss officials worked and turn it into the Ministry of Fishing. The Swiss ambassador barred the door and shouted that it was diplomatic property that would be violated only if he were physically removed. The Cubans relented.

There was also an incident in 1972, when tens of thousands of Cubans demonstrated in front of the same U.S. Embassy for three days, preventing the Swiss ambassador from calling for help and blocking urgently needed medical care and food from reaching the diplomats.

Good Offices is another term that is often used in reference to Switzerland’s role in international diplomacy.

It refers to situations when Swiss authorities facilitate peace talks and other constructive dialogue between two countries that don’t see eye to eye on a number of issues.

According to the FDFA, “with the agreement of the parties in conflict, Switzerland creates a space for negotiations – it does not take sides or influence the agenda. It helps the parties to identify the root causes, formulate their concerns and work out solutions”.

The last such summit took place in June 2021, when US President Joe Biden and his Russian counterpart Vladimir Putin met in Geneva. Clearly, these talks turned out not to be fruitful, but a number of other such top-level meetings that took place in Switzerland over the years had been more successful.

READ MORE: Will Switzerland host a ‘peace’ meeting between Russia and Ukraine? 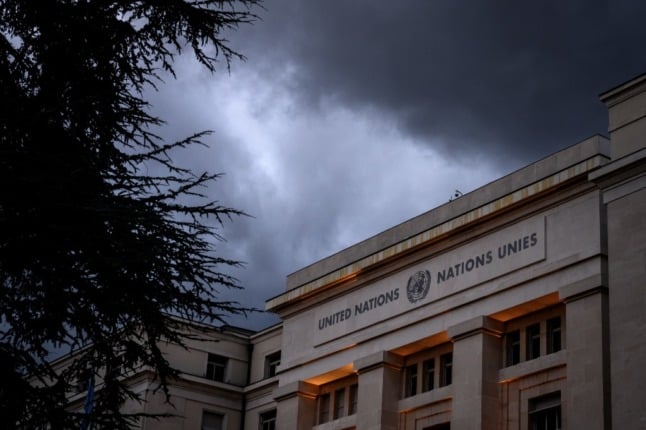 GENEVA
Why peace capital Geneva is a favoured spot for Russia and US talks
Url copied to clipboard!