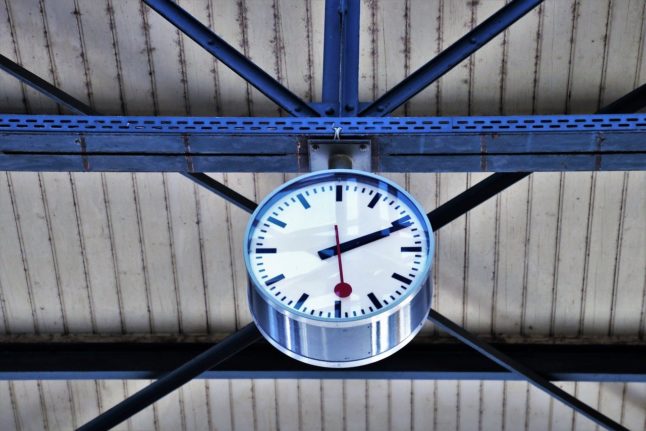 Reports over the weekend about an abduction of a Swiss man in late March in Zurich referred to the victim only as the “vaccine commission chief”.

On Sunday, the person’s identity finally became known: it was Christoph Berger, whose name had appeared often in the Swiss media during the pandemic.

Berger himself issued a statement to the media in which he revealed his identity, saying “the perpetrator… had me in his power for a good hour. During this time he confronted me with a demand for a substantial amount of money”.

“I am aware of the great emotional and social tensions that vaccination issues have received over the past two years”, Berger noted, adding that “beyond this information, I will only comment on this incident to the law enforcement authorities”.

According to a confidential report of the Swiss Federal Railways (SBB) obtained by Blick newspaper, the company  “confesses to a lack of punctuality in the French-speaking regions”.

As an example, in French-language regions the punctuality objective of 90.5 percent that SBB has set for its trains was only achieved on 133 days out of 365 during the past year. In comparison, the network as a whole recorded 271 days of punctuality, with the eastern (Swiss-German) areas  registering 341 days of punctuality in 2021.

The situation is expected to deteriorate,  SBB says, because railroad works planned in French-speaking parts will disrupt rail traffic even further.

Also, according to company spokesperson Frédéric Revaz, the number of passengers has “increased in French-speaking Switzerland in recent decades”, and the time required for the arrival and departure of each train is no longer provided for in the timetable.

To remedy the situation, the company wants to modify travel times, a move that would, however, result in longer journey times and more train changes.

READ MORE: Why Swiss trains are less punctual — and what is being done about it

Number of immigrants in Switzerland among Europe’s highest

A new study focusing on how many foreign-born residents live in various countries, found that while on a global scale Switzerland finds itself in the 16 place, it ranks fourth in Europe.

The findings, based on data from the United Nations Department of Economic and Social Affairs, shows that only four ‘micro-nations’ — Liechtenstein, Monaco, Andorra, and Luxembourg  — have the highest proportion of foreigners in Europe, with 72.8 percent, 67.9 percent, 50 percent, and 47.9 percent, respectively.

Switzerland’s share is 28.8 percent, which means 2.49 million residents, out of the total population of 8.7 million, were born abroad.

According to Watson news outlet, “if only countries with at least one million inhabitants were taken into account, Switzerland would be in the first place in Europe”.

READ MORE: In numbers: What we know about Switzerland’s foreign residents

Justice Minister: “No cap on the number of Ukrainian refugees’

To date, Switzerland has granted over 25,000 S permits to Ukrainian refugees, with Justice Minister Karin  Keller-Sutter telling RTS public broadcaster on Sunday that there is “no cap” on how many more will be allowed in.

“I don’t see how Switzerland could turn away women and children at the border”, she said.

On March 16th, Keller-Sutter predicted that between 35,000 and 50,000 Ukrainians will arrive on Switzerland by June, and recent numbers seem to be confirming the upward trend.