This grass is not greener in Basel. Photo: MLADEN ANTONOV / AFP

Although Switzerland has a liberal policy regarding heroin distribution, use of marijuana is still illegal.

READ MORE: Cannabis: What are the rules in Switzerland?

However, this may soon change — a parliamentary commission ruled  in October 2021 that the drug should no longer be banned, and the first pilot trial focusing on recreational use of marijuana will begin this summer in Basel.

This joint project of the University of Basel, the University Psychiatric Clinics and the Department of Health of the Canton of Basel-City aims to test the sale of cannabis in pharmacies, under “strict conditions and …scientific support. The aim is to obtain useful lessons for defining future cannabis legislation”, health authorities said.

But if you are a Basel resident and think you will be able to just go to a pharmacy and ask for a hit, your high hopes will be dashed.

That’s because the aforementioned “strict conditions” mean the cannabis will be heavily restricted.

For instance, it can only include 400 pre-selected adult volunteers  “with previous experience of cannabis” and  whose state of health will have to be constantly monitored.

This is what we know about the Basel study so far

According to a report in Swiss news outlet Blick, cannabis will be sourced from the “research campus” of the Pure Holding AG in Zeiningen, Aargau, where more than 8,000 different varieties of cannabis are currently growing.

The site “will become the exclusive supplier of the first cannabis distribution pilot project in Basel-City”, Blick said.

“We have spent the last two years preparing for this pilot project. Since then, we have been able to test which specific variety of THC is best suited to Basel,” said Lino Cereghetti, a biologist at Pure Holding.

In all, four kinds of flowers and two varieties of hashish will be available to the volunteers through 10 selected Basel pharmacies. Some of the products contain more THC —  the active substance primarily responsible for the feeling of ‘high’ — while others contain less.

Interestingly, prices will match the local black market, which “represents between 8 and 12 francs per gramme, depending on the product and the THC content”, Cereghetti said.

“With these trials, we want to provide insight into what a functioning [cannabis] regulation might look like”, he added.

And according to Lavinia Flückiger, the study’s co-director, “Our goal is to find out how a regulated distribution of cannabis affects people’s consumption behaviour and physical and mental health.”

If you are concerned that the grass is greener in Basel, don’t fret: other similar projects will take place in other Swiss cities at a later date.

What about medical marijuana?

Medicines containing cannabis must be licensed, according to a government site.

In Switzerland, only one product, Sativex, is currently approved for use, and  “doctors are allowed to prescribe it in certain cases of multiple sclerosis. It contains THC, but also a substance that inhibits its intoxicating effect”.

The Federal Office of Public Health (FOPH) may also grant exceptional approval for the prescription of cannabis-based medicinal products in response to an application from a doctor in a specific case.

However, an amendment to the Narcotic Drugs Act proposed by the Federal Council was widely approved in October, which paves the way for Swiss doctors to prescribe cannabis in the future to help their patients relieve the pain of cancer, multiple sclerosis, and other serious illnesses, as is currently the case in many other European nations.

READ MORE: Medical cannabis could soon be legal in Switzerland 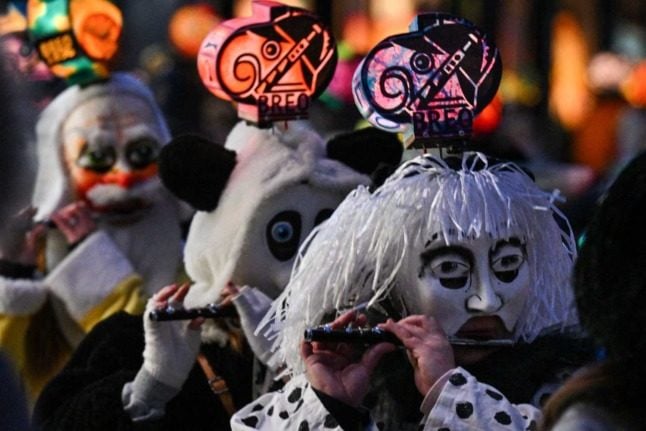 Just a few kilometres from the cultural capital of Switzerland, there are little gems to be discovered any time of year.

These five villages have been selected by “Les plus beaux Villages de Suisse” (The most beautiful Villages in Switzerland), an organisation which aims to protect and promote those villages and small towns that have a distinct architectural, landscape and historical beauty.

Whether you seek to discover them in just one day or combine them together, a pleasant journey awaits you!

On the banks of the river Aare, in the midlands, majestic Aarburg Castle can be seen perched on a rocky spur. This old medieval town lies at an important Swiss crossroads.

On either side of the castle are two historic quarters with different atmospheres and designs. On one side, in the shape of a triangle, the narrow old town with its colourful houses forms a picturesque ensemble around the elegant fountain. Next to the town hall, a local history museum tells of the exciting history of this incredible town and Its famous visitors.

Must see: the banks of the river Aare and the majestic castle. 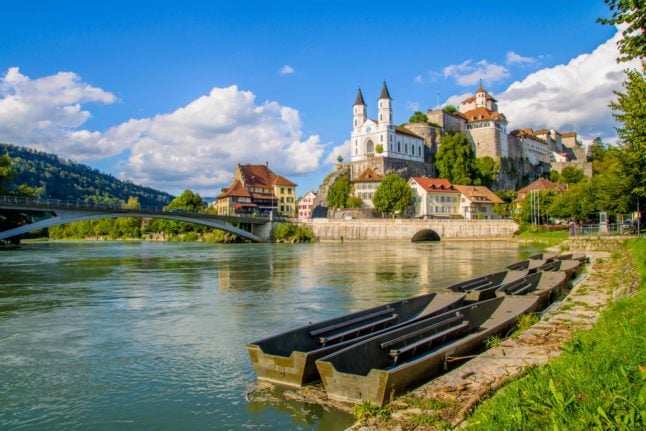 Büren an der Aare (BE)

The former trading town on the river Aare is a little-known gem with a magnificent old bridge and one of the most beautiful mills in Switzerland. Büren delights visitors who stroll along the banks and explore the old town, which consists of typical Bernese houses from the 17th and 18th centuries.

The small, characterful town with its compact, triangular centre is on the list of national heritage sites and offers a variety of attractions. The first of these is the Hauptgasse with its arcades, fountains and the town hall with its beautiful Gothic façade. The many historic buildings stand out for their variety of colours and ornate signs.

Must see: The banks of the river Aare showcase the typical Bernese houses.

The fairytale castle dominates every corner of the town, which is the cultural centre par excellence of the canton of Jura. The stained glass windows of its churches are among the most impressive in Europe.

With its elliptical shape, the historic core of Porrentruy has been wonderfully preserved and forms a quite exceptional unified architectural heritage.

The Grand-Rue is made up of bourgeois, Gothic, Baroque and neoclassical houses; not to mention the countless monumental fountains, famous residences and free-standing buildings.

Must see: The fairytale castle and the Grand-Rue. 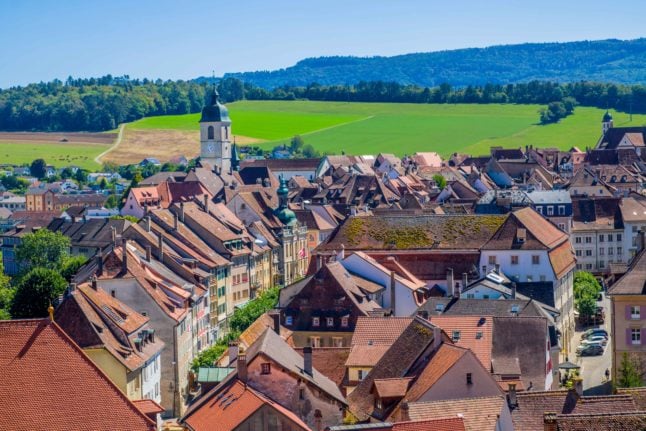 The best-preserved medieval village in Switzerland invites you to discover its ancient monuments: the collegiate church with its cloister, the Hermitage of Saint-Ursanne and the bridge over the Doubs River.

The centre of the village is reached through three fortified gates. Its treasures are therefore well guarded: a collegiate church with a magnificent cloister and small houses with colourful shutters huddled together.

But also charming fountains, a medieval garden, four small rustic and friendly hotels and completely repaved alleys that immerse the visitor in another time.

Must see: The beautiful ancient bridge, the lovely cloister (see featured image above).

In one of the greenest valleys in the canton of Lucerne, far away from traffic and noise, this rural village exudes serenity. Luthern invites you to experience the surroundings on foot or by bike.

The attractive village is a model of pastoral harmony and poetry. Located in the midst of a spiritual landscape in central Switzerland, it has also been a place of pilgrimage since a miraculous spring was discovered in the nearby hamlet of Luthern Bad.

This village is the starting point for many walks through the pastures where the dairy cows produce the famous Emmental cheese.

Must see: The old wooden houses and the many beautiful small chapels. 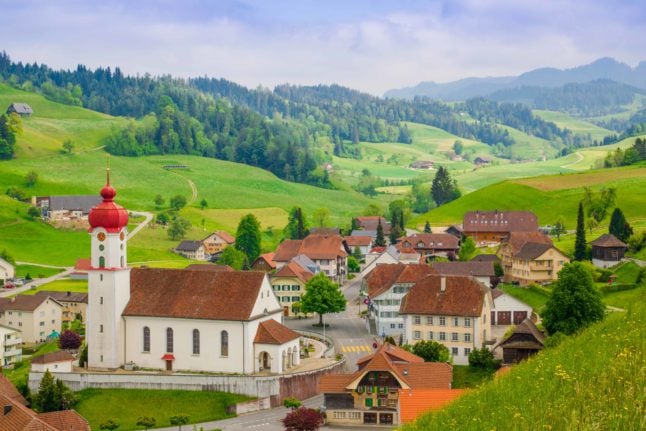 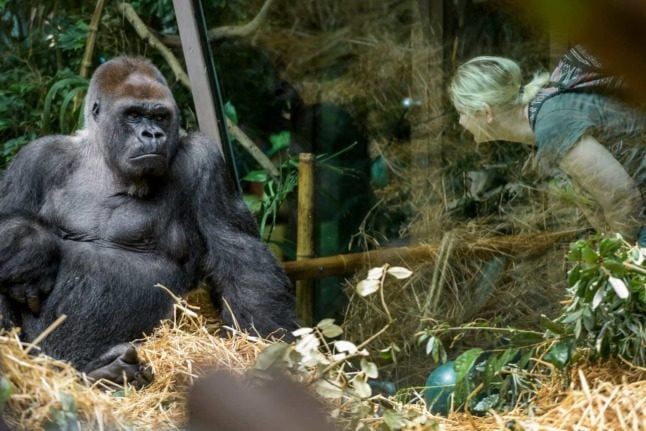 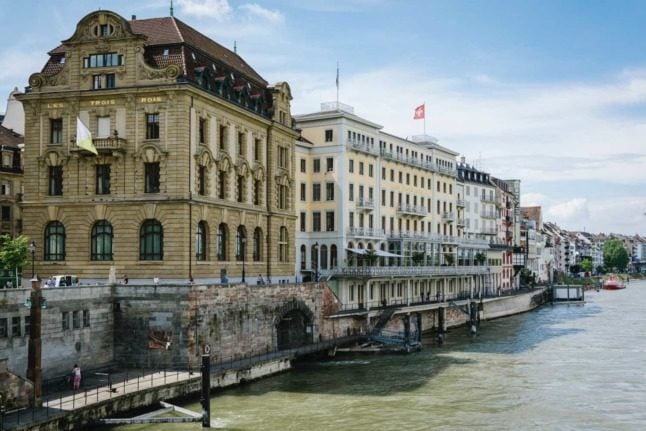 BASEL
‘Shock trend’: Why are the Swiss leaving Basel?
Url copied to clipboard!