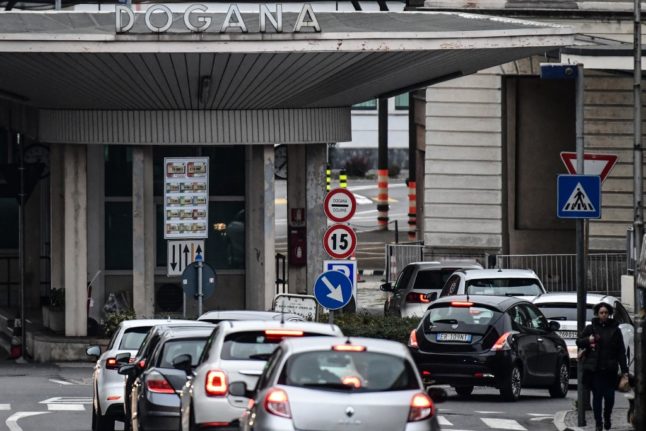 Italians prefer to commute to Switzerland for work. Photo by Miguel MEDINA / AFP

Many people living in border areas of Italy and France prefer working in Switzerland, where salaries are much higher.

This Switzerland-bound exodus of qualified labour causes shortages of skilled workers in their own regions, especially in the construction, restaurant and hotel sectors. Companies in those areas say scarcity of employees is “alarming” and describe the local employment situation  as “dramatic”.

“I could offer an experienced carpenter a salary of up to 3,000 euros”, one employer in the Italian border commune of Campodolcino said. “But in Switzerland he is paid at least 4,500 euros”.

To keep local talent away from the much greener pastures of Switzerland, businesses in border regions are debating how to make local jobs more “Swiss” — that is, more competitive and attractive in terms of wages and working conditions.

“The truth is that we should copy the Swiss model,” one local politician said.

About 68,000 Italians are currently employed in Switzerland — mostly in Ticino, but also in Valais and Graubünden, all of which share a border with Italy.

The majority of cross-border workers in Switzerland (about 180,000) come from France.

This is not the first time employers across the border complain about ‘losing’ local workforce to Switzerland:

Why French cross-border workers choose to work in Switzerland

All is well on the Covid front — for now

As weekly figures released on Tuesday by the Federal Office of Public Health  (FOPH) indicate, the number of coronavirus infections continues to drop.

Since the beginning of April, when the remaining coronavirus restrictions had been lifted, FOPH no longer reports daily figures, resorting instead to updates issued once a week on Tuesdays.

But while the situation is good right now and is excepted to stay on this positive course through the summer, health authorities are already getting ready for the re-emergence of the virus later this year.

While no specific action plans are yet in place, both federal and cantonal officials  are preparing to jump into crisis management mode should the epidemiological situation demand it, FOPH said on Tuesday.

Almost a year after Bern had called off talks with the European Union aimed at sealing a cooperation agreement, and angering the EU in the process, Switzerland might be back in Brussels’ good graces.

According to a report by RTS public broadcaster, “since Bern adopted European sanctions against Russia…there is a spirit of renewal” between the two sides.

As a result of this thaw in the previously strained relations, two high-level visits are planned this week between Switzerland and the EU.

Brussels is waiting to see whether Switzerland’s position on the contentious points that broke off negotiations last year has changed in the meantime, RTS reported.

“In the most optimistic scenarios, [this week’s talks] could lead by the summer to a meeting” between Swiss president Ignazio Cassis and the vice-president of the European Commission, Maroš Šefčovič.

“We could then really speak of a new beginning in relations between Switzerland and the EU” the broadcaster said.

READ MORE: EXPLAINED: Why did Switzerland call off EU talks and what are the consequences?