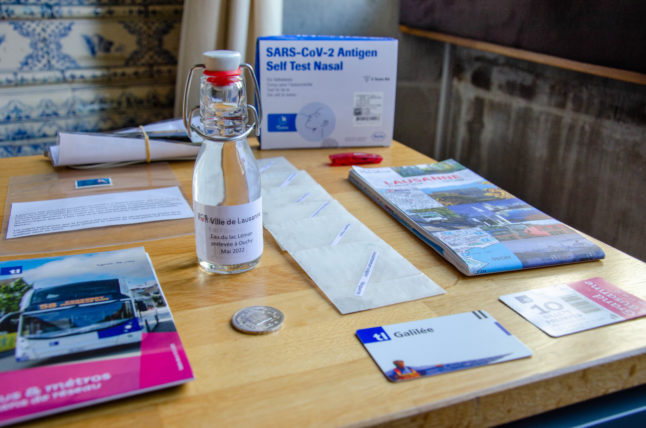 The ‘Lausannois’ living in 2122 will be able to learn about their city’s past not just from whatever search engine will replace Google, but by a far more traditional method.

To make sure no stone is left unturned (literally and figuratively), Lausanne authorities saw the renovation of the city’s Grand-Pont bridge as an apt opportunity to bury a time capsule whose contents symbolise what the early 2020s are all about in Vaud’s capital city.

The “burial service” took place on Thursday, when a municipal delegation placed a metal box in a specially dug hole. 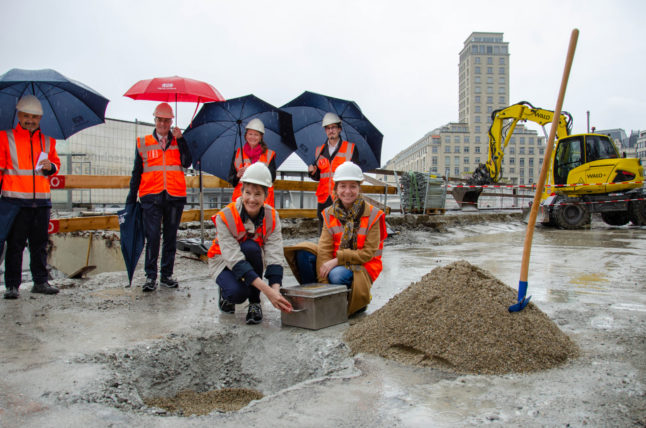 The burial is about to begin. Photo: Mathilde Imesch, Ville de Lausanne

“The objects and documents found there are intended for future generations, who will discover them during the next renovation of the bridge a hundred years from now”, Lausanne mayor Grégoire Junod  in a press release.

The box contains items that are representative of the modern-day life in Lausanne; all were selected by city officials, as well residents:

“These objects are intended to be both symbolic and representative of the times in which we live, with its legacy, challenges, and hopes for the future”, Junod said.