Why are the Swiss falling out of love with cross-border shopping and what are the Swiss actually worried about? Read about this and other local developments in our brief news roundup.

What the Swiss worry about most

We reported on Wednesday that the top concern of the Swiss public in 2021 was the Covid pandemic and its aftermath. That finding comes from a recently released Worry Barometer survey by Credit Suisse bank.

However, an even newer study, carried out by Moneyland.ch consumer website, reports that “the Ukraine conflict is now the biggest worry among residents of Switzerland”.

On the other hand, “the Swiss largely consider the pandemic to be ended. The coronavirus did not even land a place in the top 20 biggest causes of worry among residents of Switzerland”.

The reason for this disparity is that Credit Suisse survey covered 2021, when Covid was the dominant issue in the country and nobody suspected that Russia would invade Ukraine in the near future.

The Moneyland study was conducted in April, which explains why the public’s main concerns have shifted.

However, some worries that showed up in last year’s study still preoccupy many Swiss today. Among them are climate change (57 percent of respondents), the state of the environment (54 percent), and cost of health insurance premiums (51).

READ MORE: REVEALED: What Swiss residents worry about the most

Swiss shoppers who bought food and other products in neighbouring countries used to save quite a bit of money. However, this practice is no longer as advantageous.

Blame it on the currency exchange.

Just a few weeks ago, the franc and the euro reached near-parity. Now, however, the euro is strengthening against the franc, with one euro buying 1.05 francs.

According to Tribune de Genève, 300 euros is not a trivial sum “in a context of general inflation, where the prices of consumer goods and personal services are increasing, impacting the purchasing power of households”.

READ MORE: EXPLAINED: What does euro-franc parity mean for Switzerland?

Zermatt hotel rated among the 10 best in the world

The Omnia Hotel in the Valais resort of Zermatt  is ranked in the 5th place overall out of 25 rated in TripAdvisor's new “Travelers' Choice Best of the Best” hotels worldwide.

It did exceptionally on the four criteria judged, namely its location, cleanliness, service and value for money.

The wood-and-glass hotel sits at the foot of the famous Matterhorn, which certainly didn’t hurt it in the “location” category. 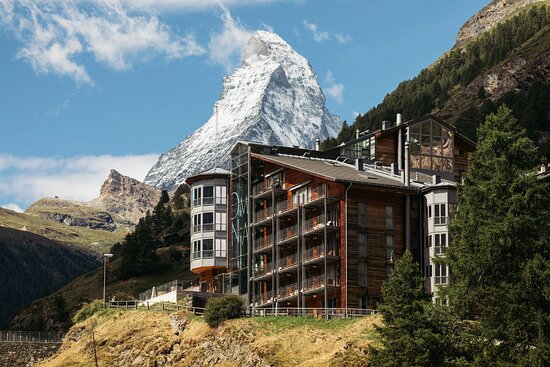 The Omni. Screenshot, "Travelers' Choice Best of the Best”

Among  “mountain”  hotels, The Omnia moves up to the second place. This particular category includes two other Swiss hotels, Parnass, also in Zermatt, which landed in the 13th place, and Boutique Hotel Schluessel in Beckenreid (Nidealden), in the 17th.