It assessed the stations based on a number of criteria such how crowded the platforms are, the number of domestic and international destinations, availability of ride-hailing services, competition of train companies, on-site restaurants and take-away spots, shopping, wheelchair accessibility, the existence of first-class lounges, Wi-Fi, as well as convenience in accessing the platforms.

Based on these criteria, Zurich’s HB was ranked the most “passenger friendly” station in Europe.

“Even though the station doesn’t have the highest number of international and domestic destinations, it has a high number of shops/kiosks, and restaurants and take-away spots for consumers to choose from", according to the Index. 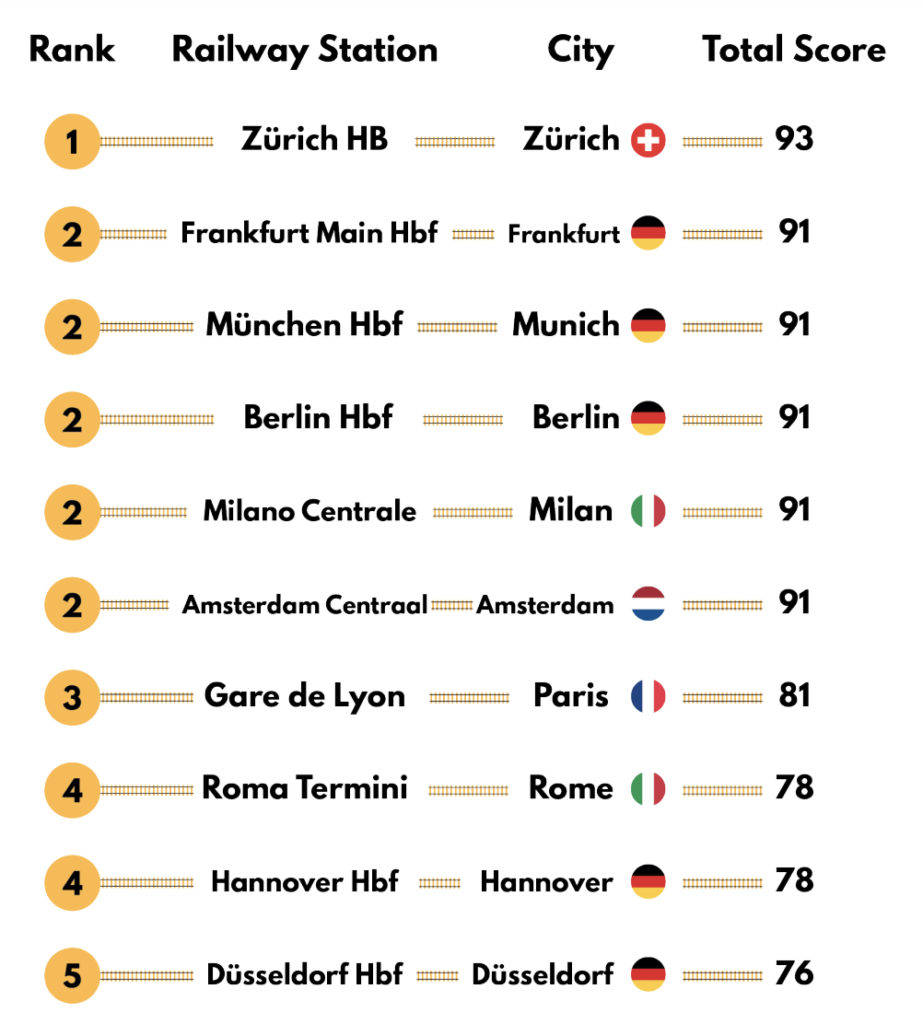 This is an impressive score for Zurich, as its station didn’t even get a spot in the top-10 in the 2021 edition.

Interestingly, while Moscow’s Kazansky and Kursky train stations were in the fourth and sixth place, respectively, in the 2021 ranking, this year, “due to Russia’s military aggression against Ukraine, we removed Russia from the Index", its authors said.

Also, “we discovered that Russian train stations are not transparent and honest about their characteristics, which skewed the results of our last year’s index".

This is what you should know about Zurich’s HB:

You can find more information about the Europe’s best railway station here.