EXPLAINED: Everything you need to know about Swiss language tests for residency

The language standards for permanent residency is different than that for citizenship. Here's what you need to know.

Whether granting permanent residency or citizenship, whether you are 'successfully integrated' is the major question for Swiss authorities. 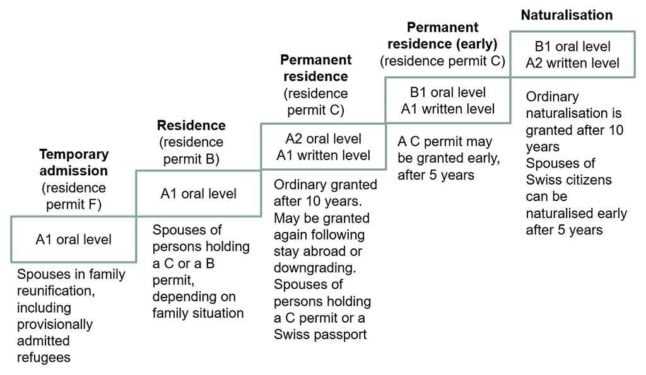 Generally speaking, those on short-term residency permits - such as B Permits and L Permits - are not required to show proficiency in a national language.

There are some exceptions - for instance people on family reunification permits - however by and large people who have just arrived in Switzerland for work do not need to demonstrate language proficiency.

While 'permanent residency' might sound like 'residency permit', it grants a far greater set of rights for the holder - and with it a more extensive array of responsibilities.

For ordinary permanent residency - which is granted after an uninterrupted stay of five years or ten years in total - you need to demonstrate A2 level of a spoken Swiss language and A1 written.