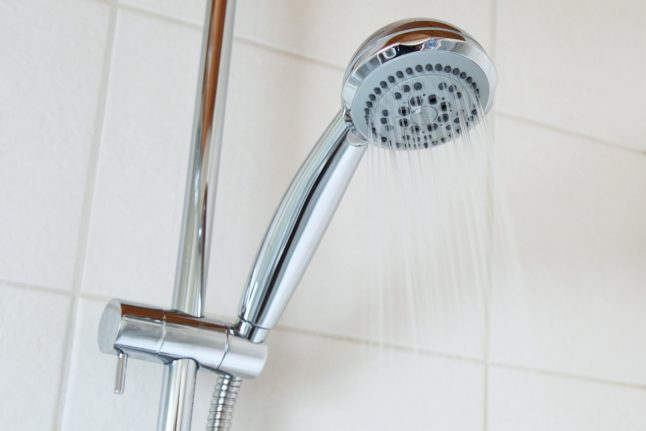 A cold shower feels nice in a heatwave. Photo: Pixabay

As The Local reported on Monday, air conditioners are rare in private homes in Switzerland, as installation of these devices is subject to strict rules and conditions, which — at least in some parts of the country — include presenting a medical certificate to justify the need for cool indoor air.

READ MORE: Why getting permission for air conditioners is so hard in Switzerland

So the burning question is: what can you do to find at least some relief in your home as the temperatures outside are pushing 40C?

These are some ways to keep your rooms and yourself (slightly) cooler.

The three ‘golden rules’ for heatwaves in Switzerland

Switzerland being Switzerland, the Federal Office of Public Health (FOPH) put out its three ‘golden rules’ for how to make it through heatwaves unscathed.

Each are relatively self-explanatory and aren’t exactly unique to Switzerland, but they are worth keeping in mind.

The first is to avoid exercise during the hottest part of the day. The second is to keep the heat out of your house however you can.

The final golden rule is to drink and eat smart. According to the FOPH, salads, fruits, vegetables and dairy products (we’ll come back to that below) are best, while drinking plenty of water is a must.

Opening windows can help, but there are rules as to how and when to do it (these rules should be followed not because this is Switzerland, but because the timing and type of air flow are important).

In summer, open the windows in early morning and late evening, when the air is relatively cool. Keeping them open throughout the day, especially during the hottest times between noon and 3 pm, when the sun is highest in the sky, is counterproductive.

Also, the best way to air is to create the co-called “cross-breeze”, meaning to open windows on opposite sides of the room(s) to create a natural ventilation.

Of course, depending on where windows are located in your home, this may not always be possible.

The best things in Switzerland are free – and that includes during peak summer heatwaves.

Switzerland’s lakes and rivers are clean, clear and cool, even on warm summer days, where the temperature rarely climbs above 20C.

Even if you live in the middle of the city, you won’t be far from a beautiful waterway where you can cool off.

Keep windows (and shutters) closed in the afternoon

Once the coolest time of the day is over, close the windows and shutters / blinds / curtains so that hot air and strong sun don’t penetrate your living space.

You can open them up again when the sun goes down (see above).

Switzerland’s unique geography means there are a number of caves and caverns across the country. Not only do these offer spectacular scenery, they are much cooler than the outside world.

Oh, and they are also free.

Some highlights include the St Beatus Caves, the cave network in Kaltbrunnental – both in Bern – or la Glaciere de Monlési, in Neuchâtel.

Cold water will not only help you save on electricity (which is a major worry right now), but also refresh you.

In fact, taking more than one cool shower per day could bring you even more lasting relief.

Hot weather is not the best time to bake or use your oven in any capacity.

The heat will fill your kitchen (especially if it’s small and poorly ventilated), and spread throughout the house if the kitchen is open to other rooms.

By the same token, and depending on the type of stove you have, cooking in general is best avoided during the hottest times of the day.

Take advantage of Switzerland’s mountainous landscape by getting a little higher up and enjoying the cool temperatures.

The higher you go in Switzerland, the cooler things are. According to SRF meteorologist Daniela Schmuki “The rule of thumb is: it gets about one degree cooler for every 100 meters.

“At 2000 meters above sea level, there are pleasant 22 degree temperatures this weekend,” the meteorologist said in on Thursday, July 14th, where weekend temperatures are predicted to climb into the mid to high 30s.

This may seem like a no-brainer, but you’d be surprised how many people don’t follow this advice.

Any fabric that allows air to circulate freely is good. Natural fibres like linen, for example, draw heat away from your body and cool you down in the process.

Spandex or polyester, on the other hand, will cause you to break into sweat — literally.

We’re not sure when exactly it happened, but Switzerland’s national cuisine was created at the moment someone had the wise idea to melt cheese – either in a pot as part of fondue or in slices as raclette.

And while the Swiss are notably proud of their cheesy creations, heated cheese dishes are very much made with wintry weather in mind – meaning they’re not the greatest dish to eat during a heatwave.

So when the mercury rises, stay away from raclette and avoid cheese (or meat) fondue.

READ: Fondue is Swiss… the French just don’t know how to make it

Drink a lot (of water)

Keeping hydrated is good whenever, but it is all the more important during a heatwave.

Common wisdom has it that cold drinks are most refreshing. However, according to a new study carried out at the University of Ottawa, drinking a hot drink when it’s warm outside can cool you down – as long as you are not already sweating.

READ MORE: Working in a heatwave: The Swiss laws employees should know about

So whichever version you prefer is fine — as long as you keep hydrated.

Opinions are divided about the effectiveness of fans.

Some people say they are useless, as they just re-circulate hot air, while others swear by them.

A lot depends on the type of ventilators — some top-of-the-line, tower-style models do cool the air somewhat, as do mobile AC units.

As is the case with window ventilation, using several strategically placed fans to create a crosswind is most effective.

The bottom line: keep some perspective on hot summer days

During the hottest times of the day, remember the old adage: “This too shall pass”.

And when winter brings with it sub-zero temperatures and arctic winds, you will remember these crazy, hazy says of summer with longing.

Switzerland’s summers tend to get hotter and this season has seen its share of heatwaves, bringing temperatures closer to 40C and making it almost impossible to sleep.

This could mean trouble for residents of a country better prepared to bear the cold weather than the extreme heat.

The Swiss Federal Office of Public Health (FOPH) has three ‘golden rules’ for how to make it through heatwaves; avoid exercise during the hottest part of the day, keep the heat out of your house however you can, drink and eat smart (fresh foods and lots of water).

With night temperatures in some regions above 20C, Swiss residents will also need some help getting through the night.

Here are a few tips to keep cool overnight and enjoy better sleep despite the heat of the night.

It’s tempting to ditch the PJs when it’s this warm overnight. But sleep experts say this is a mistake, as any moisture from sweat accumulates on your body.

Cotton pyjamas and cotton sheets are very effective in absorbing and removing sweat from your body.

Give a little help to your internal clock

Many people think that it is only the extreme heat in summer making your sleep seem a bit worse than in the colder months. But the fact that days are brighter for longer makes a huge difference.

READ ALSO: How Switzerland’s largest cities are combating the heat

As light suppresses our body’s production of melatonin, the hormone that signals that it is time to sleep, the longer days irritate our internal clock, according to sleep experts.

The old tip of turning off your devices to avoid the blue light is also extra crucial. So around one hour before going to bed, you can start your “darkening” ritual throughout your home.

In that sense, it’s also better to avoid naps during the day to keep a better sleep routine.

Try to cool your room and yourself

Of course, the cooler temperatures are in your bedroom when you go to sleep, the better. You can help get temperatures a few degrees down by following these tips: keep the blinds and windows shut during the worst of the day and ventilate the cooler night breeze during the night.

Sleeping during a heatwave can be difficult. Photo: Yuris Alhumaydy / Unsplash

You can also moisten your curtains just before bedtime and leave the window open; the water evaporation will make it a bit cooler. If you can, another tip is to put your mattress on the floor as hot air rises – excellent advice for those sleeping on a bunk bed.

Don’t forget to turn off (and unplug!) electrical appliances, as those are heat sources.

To cool yourself, you could take a lukewarm evening shower (not a hot one, those will make your body react by generating heat).

As long as you’ve kept your room relatively cool, fans work. They help evaporate sweat which, in turn, helps your body regulate its temperature.

Putting a bowl of ice in front of the fan can also help cool the room.

Some people swear by dampening their sheets before going to bed. But if you’re not used to it, the feeling can be a little disconcerting. You can also place multiple ice containers in the corners of your room, which will melt slowly overnight and cool the air.

Why is it essential to have a good night’s sleep?

Several days of scorching temperatures can cause heat stress, according to the Swiss Tropical and Public Health Institute.

If the nights are not cool enough, the body can’t recover from the heat of the day, creating a dangerous condition called “thermal stress”, which can be fatal for the elderly and other vulnerable people.

While there are no statistics showing how many people have fallen victim to heat stress during the most recent heatwave, several cantons have implemented a system of home visits and frequent phone contact with this at-risk group.

READ MORE: How to keep your cool during Switzerland’s heatwave 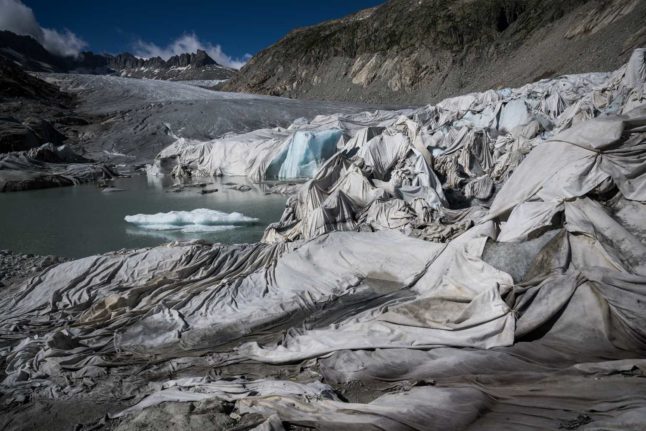