Body stress, drought and borders: How the heatwave affects Switzerland

Persistent heat that Switzerland has been experiencing in the past few weeks is wreaking havoc on people, nature and infrastructure. This is how.

Having reached the highs of close to 40C, and still hovering close to mid-30s in many parts of the country, the heatwave is pushing not only living things but also various structural systems to their limits.

These are some of them.

Several days of extremely hot temperatures can cause heat stress, according to the Swiss Tropical and Public Health Institute.

If the nights are not cool enough, the body can’t recover from the heat of the day, creating a dangerous condition called the “thermal stress”, which can be fatal for the elderly and other vulnerable people.

While there are no statistics showing how many people have fallen victim to heat stress during the most recent heatwave, a number of cantons have put into place a system of home visits and frequent phone contacts with this at-risk group.

READ MORE: How to keep your cool during Switzerland’s heatwave

Intense heat and lack of rain means that water levels in some of Switzerland’s lakes and rivers — including Lakes Lucerne, Walenstadt, Constance, Lugano and Maggiore — are below average values for the season.

Cantons of Aargau, Lucerne, Fribourg, Basel-City, Solothurn, and Graubünden are also concerned about lower-than-normal levels in their waterways.

In fact, at least one lake, the Lac des Brenets in western Switzerland, is now dry, with just a small trickle of water left. 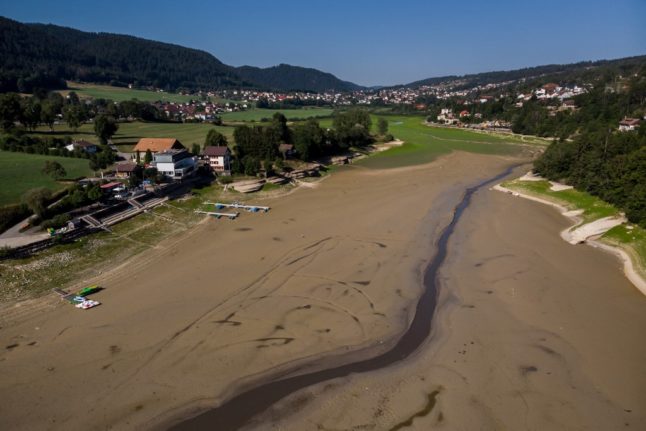 Continued drought has also repercussions on agriculture, with many crops expected to be literally burned by heat and lack of water.

Here too, water plays a role — not so much its level as its temperature.

The river Aare, which powers and cools the Beznau nuclear plant in Aargau, had to reduce its power recently as the river’s temperature is too warm.

The maximum power is currently reduced by up to 50 percent.

The situation is not extremely worrying yet, but Antonio Sommavilla, spokesperson for Axpo, Switzerland's largest producer of renewable energy, indicated that a further power reduction at Beznau, or even the total shutdown of the plant, was possible due to the persistent heat. In such a case, Axpo would have to buy electricity on the international markets, he said.

The tracks on which the trains and trams run are impacted by high temperatures as well.

“Persistent temperatures of over 30 degrees can lead to what is known as track warping”, according to report in Swiss tabloid Blick.

The newspaper added that latest security checks carried out on the tracks have “discovered anomalies”.

Warped or otherwise deformed rails cause delays because “in order to ensure operational safety and driving comfort, the speed has been reduced at the affected places,” said Sonja Körkel, spokesperson for the Basel Public Transport (BVB).

It is too early to say whether the heatwave will inflict permanent or serious damage on the transport infrastructure, but some regional carriers have come up with creative solutions to …cover their tracks.

For instance, the Rhaetian Railway’s operators have painted the rails white “on certain parts of our network", so that tracks don't heat up as much  and expand less, said company spokesperson Yvonne Dünser.

Other transport providers have taken preventive measures by adding gravel to stabilise the railway tracks, so they have less leeway to deform, according to the report. 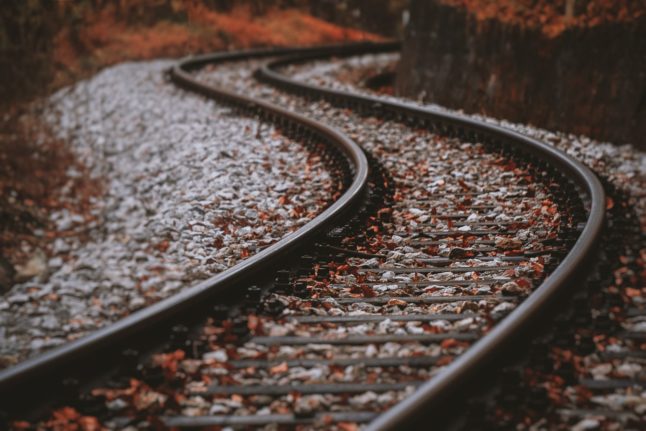 Tracks get deformed in heat. Photo: eberhard grossgasteiger on Unsplash

It is a known fact that glaciers are already melting faster than usually due to global warming, but the most recent heatwave is speeding up this process.

As The Local reported on Monday, receding glaciers, which are now shrinking at a faster rate than before, are re-defining borders between Switzerland and Italy.

For instance, melting snow on and around the famed Matterhorn, which straddles both countries, is literally moving the borders, and this drift has logistical and practical implications, according to Alain Wicht, who is in charge of national border layouts at the Federal Office of Topography (Swisstopo).

They include matters such as determining the administrative duties and jurisdiction for infrastructure construction and maintenance of the newly created territories.

Sitting in an overheated vehicle is not only unbearable for people and animals, but the cars “suffer” also.

“In the engine compartment, the temperature reaches 60 degrees and more in summer. This causes chemical processes in the battery, damaging it until it gives up the ghost”, he said.

Driving: How serious is the Swiss government’s nationwide 60km/h plan?