OPINION: Swiss government must act so families are not afraid to turn heating on this winter

Fearing a winter of discontent, governments all over Europe are moving to cushion the impact of surging energy prices. Swiss households have been told they should be able to handle the situation without hardship. Clare O’Dea asks whether this is realistic.

While other European countries are responding urgently to the cost-of-living crisis with direct payments and price caps, the Swiss have been told to put the lids on their saucepans when cooking.

It really is the case that an energy efficiency campaign is the extent of government intervention so far. That’s if you don’t count emergency credit to the tune of billions of francs made available to the country’s largest power companies this month.

READ ALSO: What the Swiss government is asking you to do to save energy

There is now a financial safety net in place for the power sector but nothing yet for the country’s more vulnerable families, facing the dual challenge of rising inflation and energy bills. Hopes are now pinned on a decision next month. The government has promised to review the situation after its energy price task force has reported back.

Electricity operators announced their new pricing structure for electricity in 2023 on August 31, showing a greatly varying pricing patchwork depending on location. The increase for a typical household is calculated to be 27 percent, corresponding to an annual bill of 1,215 francs, or 261 more than the current level.

Not that dramatic, you might think, until you look into the massive differences at a local level. Providers who don’t produce their own kilowatts are in the expensive situation of having to purchase all their electricity at historically high prices and pass those on to customers.

It is little comfort to know that the national average is 27 percent when you are unlucky enough to live somewhere like Churwalden, Graubünden or Aarberg, Bern, where the increase is twice that rate. As domestic customers are tied to their local provider, there is no alternative for those caught in bizarrely high price hikes. Rates per kilowatt hour vary dramatically, as this official interactive map shows.

The figure of 250 francs monthly has been thrown around by different political parties, either as a direct payment or tax break. However, a universal payment makes little sense, given the differences in income and prices. Therefore, any state or cantonal help should be as targeted as possible.

This will be a tough winter for those on a tight budget, with price increases across the board and inflation at 3.5 percent. Not only energy prices but the cost of petrol and diesel, health insurance, mortgage repayments or rent, household goods and food will continue to increase in 2023.

Although Swiss consumers are better off than those in some of the worst-hit European countries, notably the United Kingdom, where energy prices have tripled and inflation has reached 10 percent, lower-income households will still need some state aid. And they are still waiting for reassurance from the government. 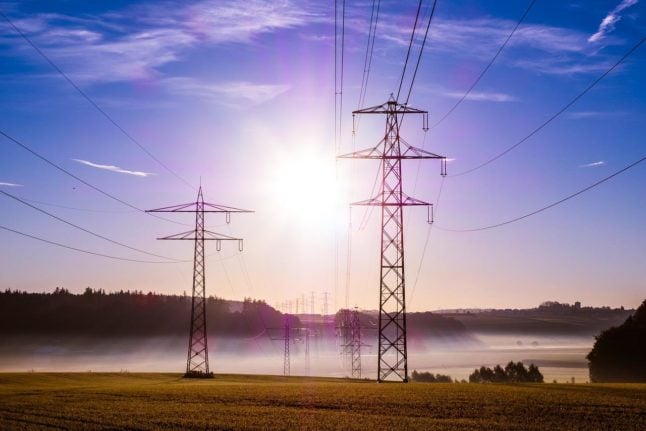 Switzerland's electricity grid is intertwined with Europe's. Image by Michael Schwarzenberger from Pixabay

Despite being one of the world’s most successful economies, one in seven people in Switzerland live in poverty or is at risk of poverty. As pointed out by the charity Caritas, additional monthly expenses of 50 or 100 francs can create serious problems for people who are just scraping by.

Time is short between now and the end of the year to put something in place for the worst affected by the crisis. Knowing that something is in the pipeline would take away a lot of stress for low-income households.

The other at-risk group are those who earn too much to qualify for regular social assistance, such as subsidised health insurance, but too little to cope with ever-increasing outgoings. Whatever help is available should be delivered as swiftly as possible with a minimum of red tape. The pandemic showed, on a much broader scale, that this kind of state intervention is workable.

With such a high share of renewable energy covering domestic electricity demand in Switzerland – close to 80 percent – Switzerland is in an enviable position. Its reliance on imported gas is relatively low.

All the more reason why the Federal Electricity Commission Elcom should make sure that the consumer is protected from extra charges. The Swiss Foundation for Consumer Protection has already drawn attention to this problem and called for Elcom to take a closer look at and correct unjustified price increases.

This is no easy task, with hundreds of providers active in the market. But, with the cooperation of the government, cantons and communes, there are changes that can be made to the various tariff structures that would make a difference.

One suggestion is the removal of the set basic charge imposed by some companies so that customers are paying for their true level of electricity use. This would also increase the incentive to be energy efficient. Bills could also be trimmed by reducing grid connection fees and municipal duties.

This time of uncertainty in the world economy calls for innovation and flexibility on the part of decision-makers, with policies that provide reassurance and put the people’s well-being first.

If Swiss families and pensioners are afraid to turn on the heating this winter, it will be a damning indictment of the country’s political leadership.