Have you tried these weird and wonderful British foods?

When you think of unusual or exotic foods, Britain might not be the first place your mind wanders. Yet the British Isles presents a smorgasbord of strange delicacies, alongside more well-loved foods we all can't get enough of.

Together with online supermarket, British Corner Shop, we take a tour of some of the UK's most distinct dishes – and reintroduce you to some perennial classics.

If you think the French have the market cornered on strange delicacies, think again. Brits have long enjoyed some truly odd grub.

Britain's existence as a collection of islands has meant that the sea and rivers flowing into it have long provided a wealth of food – and some are less familiar to outsiders than others.

The Welsh, for instance, love laverbread, a dish made of shredded and stewed seafood, and traditionally served at breakfast with bacon and tiny shellfish called cockles.

Londoners have also lived on cockles since Roman times, and the Thames is littered with their empty shells, tossed in by snacking locals. Another favourite taken from the Thames are jellied eels. This dish consists of chopped freshwater eel, boiled in stock and allowed to cool into a jelly. Amazingly, it's considered at its best served cold!

Off the coast of Norfolk and Suffolk, fishing fleets have been bringing in loads of herring since the Middle Ages. While many herring are eaten fresh, others are aged and smoked in giant sheds that can be smelled long before they can be seen. Slice one of these smoked herring down the middle and you've got that classic breakfast treat, a kipper!

Further inland, there are more strange snacks being enjoyed. There is, of course, the famous Scottish haggis – sheep's organs minced and cooked inside the stomach of the animal. Such is the popularity of the dish, there are now vegetarian versions available.

Not in the mood for eels or haggis? British Corner Shop can deliver over 6000 other British goodies directly to your door

Traditional pork pies often seem quite strange to non-Brits, with the filling inside the crust surrounded by pork jelly, made from boiled pig's trotters and other connective tissue. In fact, some Britons think this is the best part!

Perhaps the weirdest British delicacy of all, however, is the humble Stilton cheese – albeit a version covered in cheese mites! In centuries past, the presence of these tiny mites used to be highly prized, as it was believed their burrowing into the rind of the cheese imbued it with a special flavour.

As the famous author Daniel Deoe wrote during his travels in the 1720s, "...we pass'd Stilton, a town famous for cheese, which is call'd our English Parmesan, and is brought to table with the mites, or maggots round it, so thick, that they bring a spoon with them for you to eat the mites with, as you do the cheese."

Would you try a slice of mite-y cheese?

For every British dish with a strange ingredient, there's another with a peculiar name – whether odd, misleading or just plain rude.

The particularly descriptive spotted dick, for example, is a suet pudding containing dried fruit. The name comes from the appearance of the fruit in the dough, or 'dick' as it used to be called.

The similarly memorable toad in the hole consists of sausages baked into Yorkshire pudding, with the name supposedly referring to toads waiting near ponds for their prey.

Rumbledethumps is a traditional Scottish casserole made from leftover cauliflower, while Welsh rarebit is toast with a thick cheese sauce. That Christmas favourite, mince pie doesn’t actually include meat, but a lot of fruit, and bubble and squeak, a fry up of leftover vegetables, gets its name from the noise it makes on the stove.

Never let it be said that the Brits are an unimaginative lot! 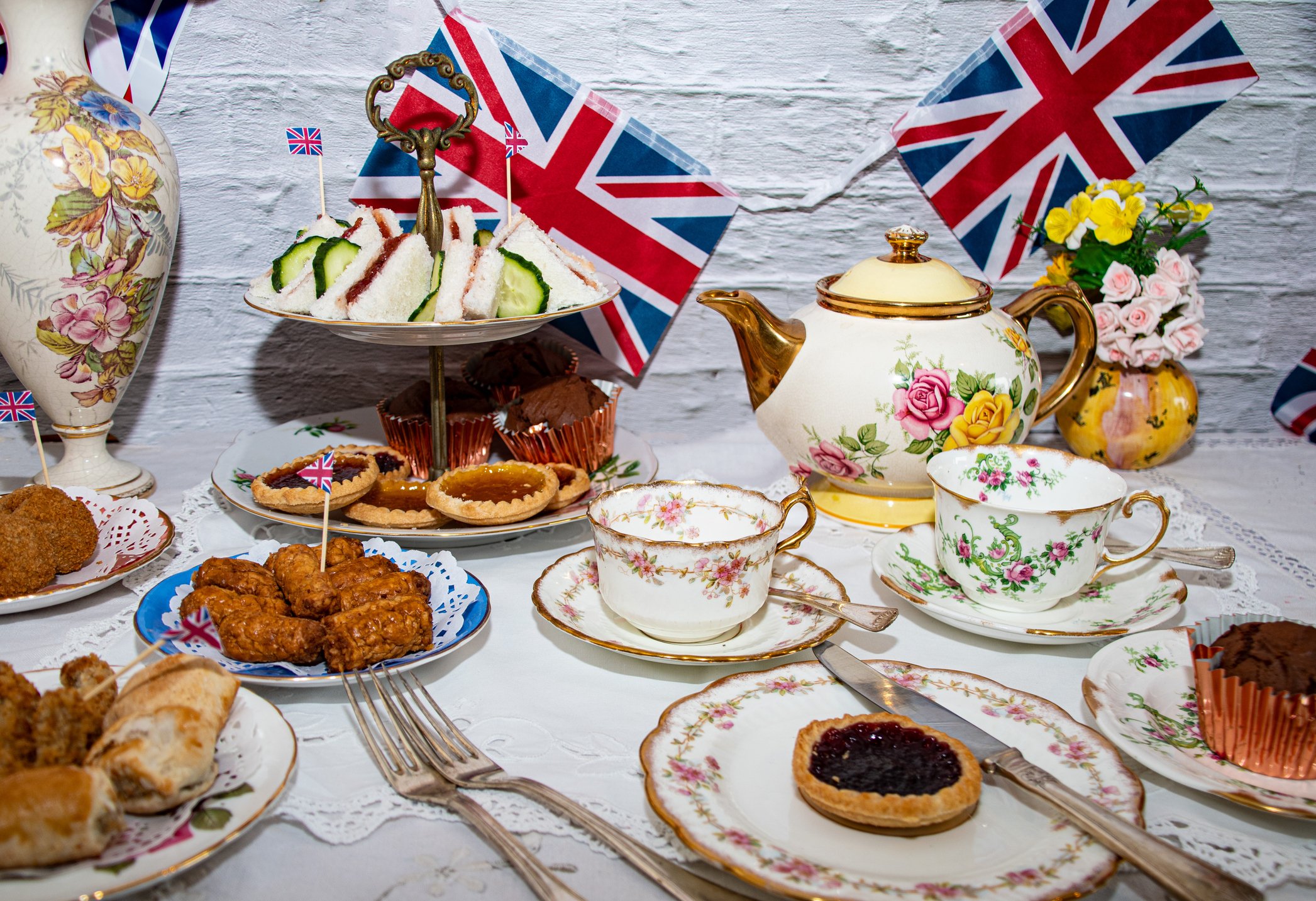 Care for a Cuppa: Whether it's an sophisticated afternoon or an English breakfast, British Corner Shop has your favourite brands. Photo: Getty Images

As wild and wacky as British foods can be, there are plenty of iconic food and snack brands that have been putting a smile on faces for decades.

Cadbury chocolate, for example, is a big hit with readers of The Local – their Cadbury Flake bar topped the poll in our last article. Cadbury also produce the Curly Wurly, the Crunchie and of course, the Dairy Milk block.

Walkers Crisps are another popular favourite across the UK, with an ever-growing range of flavours available – Salted, Salt & Vinegar, Cheese & Onion, Roast Chicken and of course, Prawn Cocktail. Which flavour do you miss most?

Biscuits such as Jaffa Cakes and Jammie Dodgers are classic treats to be shared over a cup of Yorkshire Tea or PG Tips – or maybe with a Percy Pig!

Of course, British food is about far more than just treats. Staple spreads like Marmite and Branston Pickle have been brightening the mornings of Brits for a long time, while the nation has long turned to the high-quality ingredients from Marks and Spencer to make any meal just that little bit more special.

Feeling a bit peckish? Treat yourself!

British Corner Shop has been providing Brits and anglophiles abroad the best of British food for years. Now they are able to deliver anywhere in the EU – including baked goods, such as devon scones – within a matter of days.

With a huge selection on offer, competitive prices and 'Brit Kits' – a curated variety of boxes for those who can't decide on just a few items – it's the perfect place for those looking for iconic hard-to-find UK foods.