Buildings in some Swiss cities are energy-guzzlers; 20 percent of retirees live in poverty; and other news in our roundup on Monday.

Some Swiss cities use too much energy

Almost 60 percent of the 1.8 million residential buildings in Switzerland are heated with gas or fuel oil, a new study reveals.

This poses a real problem, as the cost of heating is soaring, while energy supply could be lower in coming months.

A new analysis by Zürcher Kantonalbank revealed that Geneva has the highest proportion (93 percent) of high energy-consuming buildings, followed by Biel (91), and Bern and Lucerne (86).

These are mostly old buildings located in city centres.

Almost 300,000 people over the age of 65 live below the poverty treshold in Switzerland and work to earn extra income, associations of the elderly report.

They continue to work because they “feel embarrassed” about asking the government for supplementary benefits.

This problem currently affects about 20 percent of retirees — those with an income of less than 2,600 francs per month; 13.9 percent of the elderly in Switzerland draw even lower pensions: 2,280 francs a month.

The account's goal is to make the younger generation  in Switzerland "more aware of politics and to integrate it into the democratic process", André Simonazzi, spokesperson for the Federal Council, said.

“Direct democracy only lives if young people are interested in political issues and recognise the function of government and parliament. Otherwise, we lose them for the future". 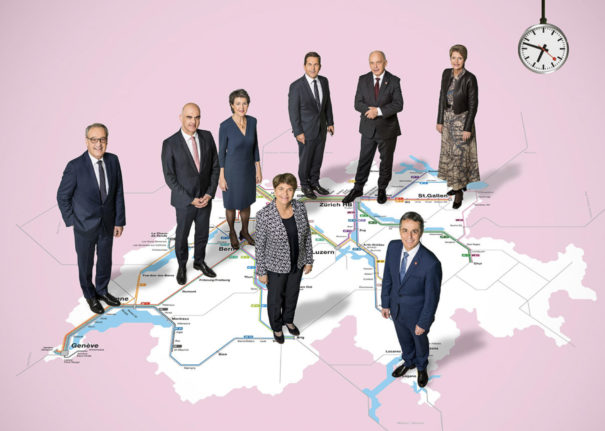 The Federal Statistical Office (FSO) has published new data covering facts about the country for the entire 2021.

The illustrated brochure compiles demographic figures, such as total population (8.738.791 million), life expectancy at birth (85.7 for women, 81.6 for men), foreign nationals in the country (1.637 million), of whom 21.4 percent are cross-border workers.

It also has detailed information about employment, prices and cost of living, housing, pensions, health system, and lots of other data as well.

The PDF brochure can be downloaded in English here.