Higher pensions, new fines for concealing one's face, and other Swiss news in our roundup on Thursday.

The strike, which was supposed to start and end on Wednesday is continuing today, after the union voted to do so, explaining that their demands for higher wages have not been granted.

"The absence of proposals from management to resolve the conflict has fueled the anger of TPG staff," the union said in a statement.

This site has information for commuters on disruptions, as well as on getting around Geneva during the strike.

Swiss pensions to increase next year

From January 2023, pensioners will receive between 30 and 60 francs more each month on their AHV / AVS payments.

In adjusting the 2021 pensions, the Federal Council took into account the expected inflation of 3 percent and the increase in salaries of 2 percent — that is, an average of 2.5 percent overall.

READ MORE: EXPLAINED: How does the Swiss pension system work – and how much will I receive?

The Swiss Federal Institute of Technology (ETH) in Zurich remains the best university in continental Europe, according to the 2023 Times Higher Education (THE) World University Rankings, which surveyed 1,600 schools worldwide.

Universities in the United Kingdom and the United States hold all of the top 10 rankings ahead of ETH Zurich.

But as they not located in continental Europe, this means ETH has the unofficial title of the of best in Europe.

The vending machine-like store called Teo, the first one of its kind, opens today in Bürglen, Thurgau.

It is in a shape a of 50-square-metre-long  tube made of wood and other eco-friendly materials. 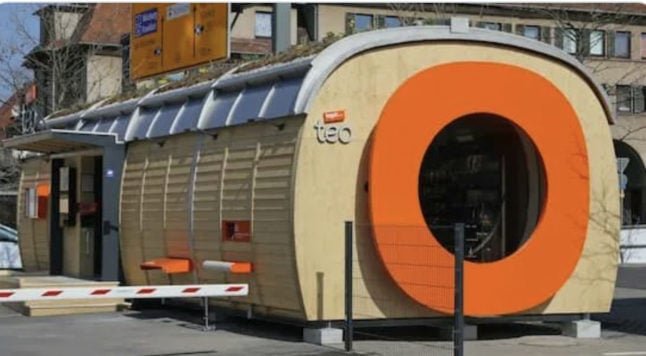 The store will be open 24 hours a day, seven days a week — a rarity in Switzerland —  and feature over 800 different products.

Other Teo-like stories are planned elsewhere in Switzerland as well.

Switzerland to introduce penalty for breaking the Face-Covering Ban law

The government intends to implement the constitutional article relating to the ban on concealing the face in public places, making it punishable by a fine of up to 1,000 francs, the Federal Council announced on Wednesday.

The ban on concealing the face does not apply on board airplanes,  or in premises used for diplomatic and consular relations.

It will also be possible to hide the face in churches and other places of worship. "The law also provides for other exemptions: the concealment of the face will remain authorised for reasons of health, safety, climatic conditions or local customs, for artistic or entertainment and advertising purposes".

This move follows a referendum held in March 2021, when Swiss voters narrowly backed a ban on full face coverings in public places, which includes burqas and other forms of clothing that conceal the face.

READ MORE: EXPLAINED: What impact will the burqa ban have on Switzerland?