Why Switzerland is home to so many international organisations

Switzerland may be best known for its cheese and chocolate, but it has another claim to fame as well: hundreds of international organisations, including the United Nations and world sports federations, are headquartered here.

For a small country, Switzerland has its fair share of various international agencies; in fact, Geneva alone hosts the highest number of global organisations in the world.

There is a good reason why this is so.

In a world continually shaken by conflicts and unrest, Switzerland has a well-founded reputation for political and economic stability, with its tradition of neutrality keeping the country safe and secure.

Switzerland also has a longstanding humanitarian history, as well as a knack for diplomacy and mediation — all of which make it a good location for organisations whose primary objective is to work out international conflicts and maintain peace.

The city was not chosen at random to host more than 40 international organisations, over 180 permanent missions, and 400 NGOs.

Aside of the above-mentioned tradition of neutrality, the choice of the Swiss city was based on a series of historical events, which built onto each other to create the right conditions for the international organisations to prosper.

And it all started with wars.

After a Swiss doctor, Henri Dunant, witnessed a bloody battle in Italy in 1859, he founded, four years later, the International Committee of the Red Cross in his hometown of Geneva. 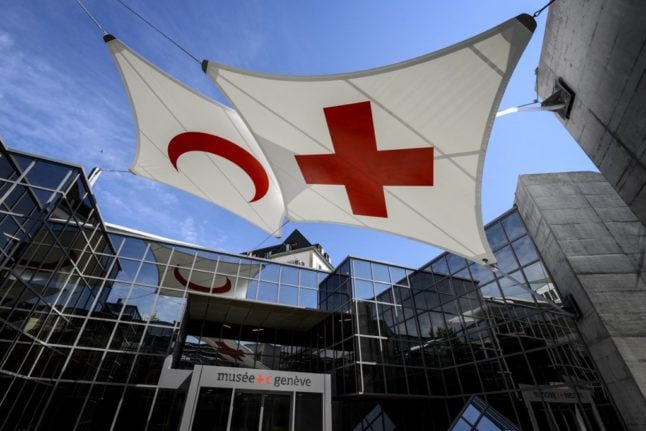 The entrance of the International Red Cross and Red Crescent Museum in Geneva. Photo by FABRICE COFFRINI / AFP

That event was not only the first to lay the foundation upon which the city’s humanitarian tradition would be built, but it also led to another milestone: the Geneva Conventions, the first of which was signed the same year, in 1863.

Decades later, in 1920, with the world devastated by WWI, the League of Nations, whose goal was to provide a forum for resolving international disputes, was established in Geneva.

In 1949, after yet another war ended, the League became the United Nations, which has been an integral part of Geneva ever since.

Today, the city is home to over 200 international agencies, including the World Health Organisation (WHO), World Trade Organisation (WTO), World Meteorological Organisation (WMO), United Nations High Commissioner for Refugees (UNHCR), and many others.

In all, about 10,000 people from all over the world work for various UN agencies in Geneva.

But UN is not the only international presence in Switzerland

International Olympic Committee (IOC) is headquartered in Lausanne, and for a good reason: many sports federations have their headquarters in Switzerland.

In all, the country hosts over 56 world sports associations  including football governing body FIFA in Zurich, along with ski, handball, gymnastics, volleyball, rowing, archery, and other sports groups.

However, unlike UN agencies and NGOs, the sports federations — and international companies in general — have flocked to Switzerland less for its neutrality and humanitarian traditions and more for the economic perks it offers.

Experts believe this is due to the political, economic and financial conditions.