Why does Putin want to install surveillance cameras in Switzerland — and can he?

Russia’s president is apparently intent on setting up video surveillance equipment to protect a Russian monument located in the Swiss canton - but is this possible?

The monument in question is in the canton of Uri and was erected in memory of the Russian soldiers led by General Alexander Suvorov, who died in combat against Napoleon during the army's crossing of the Alps in September 1799.

The memorial is carved into the rocks of the Schöllenen Gorge located in the municipality of Andermatt.

It has remained, undisturbed, in this scenic location for the past 123 years, but since Russia’s invasion of Ukraine in February, the monument is no longer the site of peaceful pilgrimages for Russian diplomats and tourists alike.

In May, unknown visitors sprayed blue and yellow paint - Ukraine's national colours - on the monument, an act which was deemed vandalism by Russian officials.

Now Vladimir Putin reportedly wants to install video cameras at the site, which is owned and maintained by the Russian government.

The monument also stirred controversy in September, when a gang of Switzerland-based Russian bikers loyal to Putin, known as the Night Wolves, posed in front of the memorial during an official wreath-laying ceremony. 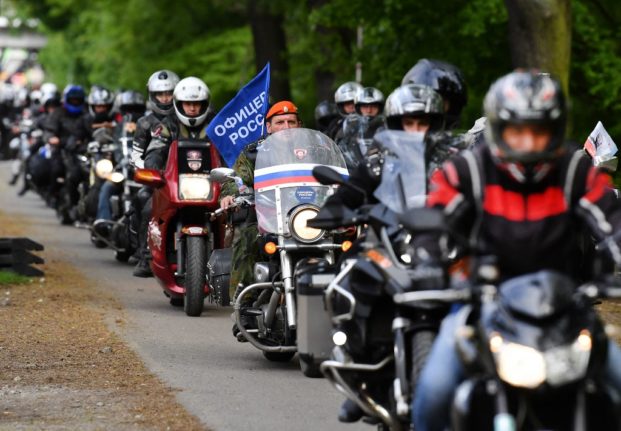 Can Putin actually set up equipment in Switzerland?

This wouldn't be the first instance of Russia's 'spying' activities in Switzerland (or elsewhere), but this time Kremlin has spoken out in advance.

However while the monument itself may belong to Russia, the surrounding area does not.

Cameras cannot be legally installed in the area without the approval of the municipality and the canton, neither of which has commented about this issue so far.