Despite the lack of snow that persisted until the last days of October, some resorts in Switzerland were able to open in the past days.

Although some resorts had expressed concern that unseasonably warm October would delay the opening of ski runs, it turns out that this is not the case — at least in some areas.

As much as 30 cm of snow fell this weekend above 2,000 metres, allowing some resorts to open already.

For instance, 13 of the 31 ski lifts on the Breuil-Cervinia area (VS), at the Matterhorn, are in service.

Two resorts also situated near a glacier, Saas Fee (VS) and Engelberg (OW), opened parts of their ski areas too, in addition to the  Schilthorn, in the Bernese Oberland, and Diavolezza, in the Engadine (GR).

Which other resorts will be opening soon?

Ten other areas throughout Switzerland are planning to open over the coming weekends.

On November 12th, ski lifts Gemsstock (UR), and Glacier 3000, in Les Diablerets (VD) will start operating. The latter resort will inaugurate a new run this winter, which connects the middle station of Cabane to the Col du Pillon. 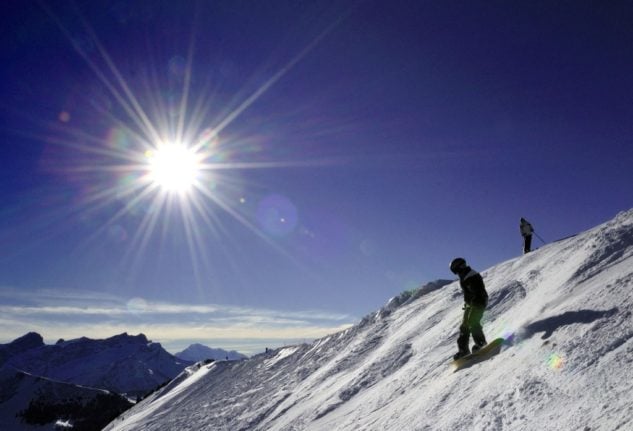 In Valais, the Quatre-Vallées and Grimentz are reading their slopes for the end November, weather permitting.

However, although the temperatures are much lower at higher altitudes now than they were only a week ago, “high pressure will return at the end of the week, which risks melting this first snowpack”, according to Isabelle Fath, forecaster at MeteoSwiss weather service.

Be ready for higher prices

As already announced, skiers can expect to pay higher prices in 2023.

Ski passes will cost more during the upcoming ski season to offset the price of electricity used to operate ski lifts.

So far, a number of ski areas have already announced impending price hikes.

“Our day passes and multi-day passes will be up to 5 percent more expensive,” Yves Audrimont, spokesperson for the Saas-Fee (VS) ski area told Swiss media.  This means paying 78 francs instead of 75, as was the case last year.

READ MORE:  Why your ski trip in Switzerland will be more expensive this winter