'Plan in advance': How easy is it to get permanent residency in Switzerland?

Getting a residence permit C can be a great way to secure your rights in Switzerland. The Local spoke to readers to find out their experiences of applying for it.

For foreigners trying to build a life in Switzerland, securing permanent residency is often their long-term aim - or a step towards citizenship.

But it can take a long time. Becoming eligible for a Swiss permanent residence permit (also known as the 'Settled Foreign Nationals’ C permit) depends on where you're from, and how integrated you are.

People from an EU/EFTA member country are able to get Swiss permanent residence permit after living in Switzerland for five continuous years.

Meanwhile, those from non-EU or EFTA countries have to have been living in the Alpine country with a Permit B for 10 years before they can apply for the Permit C.

There are some exceptions. Americans and Canadians, for instance, can also apply for a permanent residency after five years.

In some cases, non-EU nationals can be granted a Permit C in five years for family reasons.

And it's also possible for non-EU citizens to fast-track the process and snag a settlement permit in Switzerland after five years by meeting certain requirements such as language skills (depending on your canton) and being well integrated into society.

READ ALSO: How to fast-track permanent residency in Switzerland 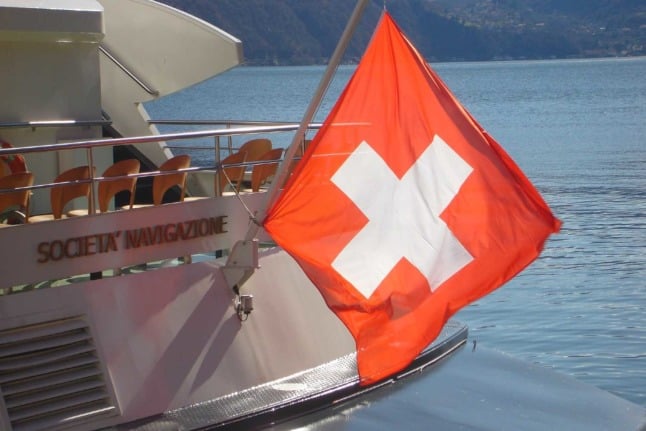 A Swiss flag on a boat. Image: Pixabay

When The Local spoke to readers about their applications, we found varied experiences across the board.

Some respondents said the process was simple.

Alex, 40, who's from Hong Kong and holds an Irish passport, is based in Founex, Vaud.

"My Permit B expired so it was only natural to apply for a Permit C," he said. "It was really easy. My commune at the time basically handled everything."

Most readers agreed that the language requirements, which vary depending on the canton, were the trickiest part of the process.

Jessica, based in Morges, said: "As an American, I had to pass the B1 speaking/listening and A2 reading/writing in French.

"I found it (the process) pretty easy, but was very nervous for the language test," said the 48-year-old.

Edwina Champ, 64, who's from England and now lives in Schindellegi, said she feels "more likely to be accepted" after getting permanent residency in Switzerland.

She said the language requirements were "tricky but expected". She needed A2 written and spoken German.

READ ALSO: Everything you need to know about Swiss language tests for residency

Another reader, Andrew, 32, from the UK and living in Luzern, said his B permit needed to be renewed after five years and he realised he qualified for the C permit.

"I had to take the A2 German exam which wasn't particularly challenging," said Andrew. "Otherwise it was mostly just collecting the correct documents from around Switzerland and the UK."

However, he said that it could be difficult to figure out the requirements "if you don't understand the regulations or don't plan in advance".

'Travel is so much easier'

Yvonne from the USA and who lives in Basel-Land said the process was "was surprisingly easy and simple".

"I needed to submit by email the following: employment contract, copies of passport and B permit, non pursuit for debt, and language certificate. I received the C permit by mail within a week."

Yvonne - like several readers - talked of the "security" benefits of finally getting the permit.

"Having the C permit allowed me to make plans such as pursuing other jobs (in and outside of Switzerland because you can pause your C permit for up to four years), buy a primary (and/or secondary home) with the assurances that I could rent it if employment or other reasons moves my family to a different city/canton, and provides an overall sense of security as we live in stable country during very uncertain times globally," she said.

Eloise, 26, from New Zealand and living in Montreux, said: "It is incredible. I am able to join more groups, it makes travel across the border much easier. My job is more fluid now too." 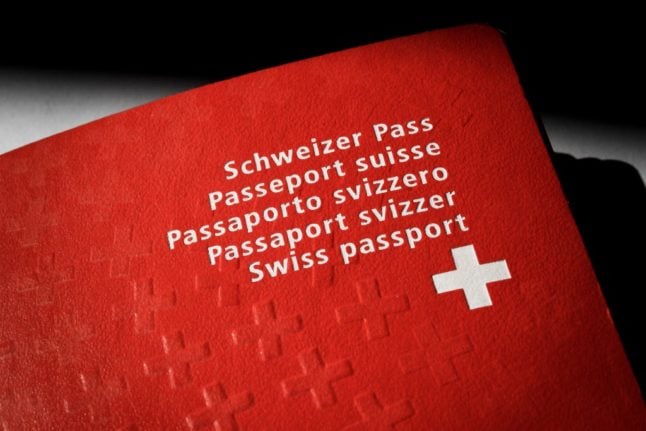 Some said getting a residence permit was a step towards getting Swiss citizenship. Photo by Fabrice COFFRINI / AFP)

'I had to stay in Switzerland for 10 years'

Some readers waited a decade for their residence permit.

Parisa, 38, who lives in Basel and is from Iran, applied for permanent residence to avoid having to renew a permit every year. Parisa received the document around a month ago.

"I have been living and working in Switzerland since 2011," Parisa said. "As an Iranian I have to live and work here for 10 years to be eligible for C permit.

"I submitted A2 German and French language certificates, my PhD degree from Switzerland, my scientific CV and my Swiss driving license."

Aralk Ervafel, 50, who's from the UK and lives in Basel, said: "I had to stay in the country for 10 years and then I received it automatically with no fuss. My employer sorted everything out and it just arrived."

'Process is not transparent'

Not all respondents to our survey had a smooth process with some telling us us they were still waiting for the permit.

Marta, 33, who's Polish and living in Thalwil said her application was rejected after five years, and expects the process to take 10 years.

HL See, who's 32, and from Malaysia, wants a C permit to feel at home in Zurich with her Swiss husband.

But she's found the "non-transparent bureaucracy process" frustrating so far.

"I am on the fast track application," she said. "It has been 10 weeks now, I've heard nothing.

"We don't know how long and where exactly the process is after we submitted the documents."

HL said once she has the permit she will feel "more at home here".