Why are Zurich and Geneva among the world's most expensive cities?

Switzerland’s two largest cities are frequently ranked among Europe’s (and sometimes the world’s) priciest places to live. But what exactly makes them so expensive? We spoke to an expert to find out.

Quite a few studies in recent years have placed both Swiss cities at the top of the “cost of living” rankings. So it's not really a surprise to anyone that Zurich and Geneva were placed in the top 10 of the most expensive cities in the world, and the two priciest in Europe, in the Economic Intelligence Unit (EIU) Cost of Living 2022 index released last week.

But why exactly do the two cities keep getting these unenviable titles year after year?

The Local put this question to Daniel Dreier, a financial  expert at Moneyland price comparison platform.

He cited several factors why both municipalities are — at least in some cases — more expensive than many others.

"The obvious reason here is supply in relation to demand," he said.

Geneva especially has a complicated housing market — the tiny canton has suffered from an acute housing shortage for many years, with demand far outstripping supply.

One of the reasons for the shortage of apartments and, consequently high rents, have to do with Geneva’s geography and demographics. The canton is nestled in the southwest corner of the country, where it is wedged between France and Lake Geneva. The land for new constructions is limited, while the demand is growing steadily along with the population.

Zurich is the largest city in Switzerland. Photo: Pixabay

However, Dreier points out that  less expensive options also exist in both cities, and “residents of Zurich and Geneva can access affordable forms of housing, such as housing cooperatives".

He added: "Low-income residents have access to government housing projects."

This is particularly true in Geneva, which has some of the highest premiums for mandatory health insurance in Switzerland, Dreier said.

READ MORE: EXPLAINED: Why do Swiss healthcare premiums vary so much per canton? 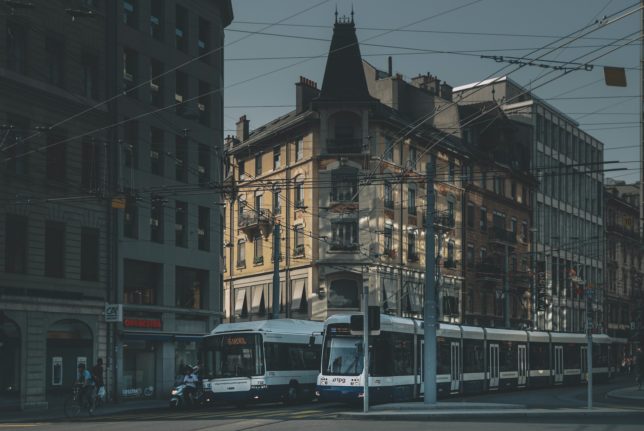 A view of Geneva. Photo by Egor Myznik on Unsplash

In general, owning a car is more expensive in Zurich and Geneva than in many other parts of Switzerland, according to Dreier.

He  pointed out, however, that while the two cities are known for their high prices, “other costs, such as groceries, public transportation, petrol, childcare, education, and consumer goods, are largely identical to other parts of Switzerland, or cheaper in some cases".

Also, it is worth noting that Switzerland's large cities tend to have more subsidised offers for education, sports, culture, etc. than smaller municipalities,” which provides a cushion against the high costs, Dreier added.

From a personal point of view, Dreier made an interesting observation on why parts of life in these cities may not be as pricey as expected.

"As a resident of Zurich, I personally don't find [the city] exceptionally expensive compared to other parts of Switzerland," he said.

"In fact, I live more cheaply here than my friends in a small-town in Bern with the same size family and standard of living, because taxes in Zurich are much lower for our household profile. But obviously a lot depends on your lifestyle."