More frequent tram and bus connections, more international trains, and other news from Switzerland's second-largest city in our weekly roundup.

This is how new SBB timetable changes Geneva’s public transport

When the new Swiss Federal Railways (SBB) timetable went into effect on Sunday, changes also spilled over to trams and buses all over Switzerland, including in Geneva.

One of the main changes is on tram line18, which connects Les Palettes in Lancy to CERN in Meyrin. On Sunday evening, it will circulate every 20 minutes, instead of 30 minutes currently.

The frequency will also increase to every 30 minutes at off-peak times during the week and on Saturdays during the day on line 46 between Bardonnex and the Stade de Genève.

Similar changes are in effect for buses 20 and 43.

In addition, line 41, which leaves from Carouge, will be extended to Chêne-Bourg station, and the schedule of minibus 34 will be modified to better connect to other lines.

You can see the new timetable here.

And internationally, more TGV trains between Geneva and Paris

Concretely, double-decker trains will be set up from Geneva to Paris on Friday and Saturday morning at 8:29 am, arriving in Paris at 11:42 am. On the return trip, the same system is planned for Thursday, Friday and Sunday — leaving Paris at 6:18 pm and arriving in Geneva at 9:28 pm.

According to Lyria, Geneva is the most frequented Swiss destination for the TGV. To date, the railway company offers 17 daily round trips between Switzerland and France (all destinations). 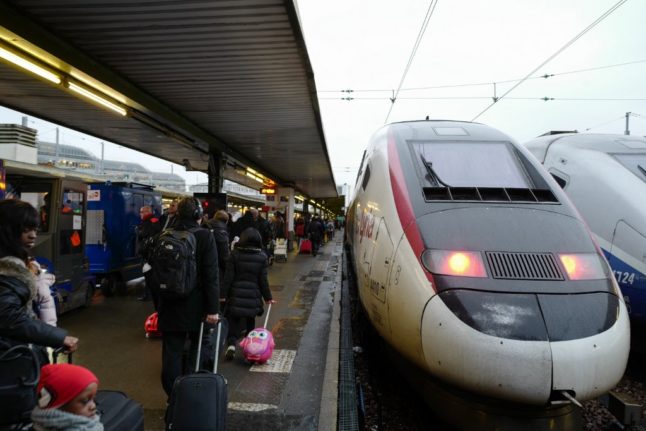 Geneva now has a vegan ‘butcher’

A curiously named new shop in Geneva, Butch Bunny, sells sausages and other “meat” products made from mushrooms, corn, pea protein and other vegan / vegetarian products.

For instance, you can buy a realistically looking steak made from seitan —t he main protein of wheat gluten — and lentils.

As for “chicken,” it is made from soy, wheat and peas, while pea protein is used to make sausages.

Where can you (still) see Christmas lights in Geneva?

You know by now that the holiday season this year is “darker” than usual because of the risks of energy shortages.

However, Geneva is not giving up all illuminations, the city said in a press release.

"We have opted for a less energy-consuming formula, by reducing the duration of lights, as well as the perimeter of the streets of the city centre, and by sometimes innovating on our power sources", according to Mayor Marie Barbey-Chapuis.

This video shows where you can see Geneva’s Christmas lights this month.

Faced with the sub-zero temperatures in coming days, especially at night, the city administration launched its “extreme weather” plan on Sunday, offering emergency shelter to everyone in Geneva who has no warm place to stay.

Eighty additional places are now available in a PC shelter located in the Champel district, the Department of Social Cohesion and Solidarity announced.

In all, there are now 638 sleeping spots available at least until Wednesday, and longer if cold weather persists.