EXPLAINED: Where in Switzerland has the lowest and highest taxes

The amount of tax you pay in Switzerland depends on a few factors, including where you live. Here's a look at the areas with the lowest tax rates - and the highest.

Taxes in Switzerland are complicated, and can be tricky to get your head around - especially for foreigners who aren't used to the system.

In Switzerland, tax is levied by the federal government as well as by cantonal and municipal authorities, apart from a few exceptions.

Cantonal tax will usually make up a higher percentage of the tax you pay than federal taxes.

And the amount you pay, even for municipal taxes, is dependent on your income as well as your family status.

Taking that into account, choosing where you live can have a big impact on your wallet - however, it is also likely the case that public services will be better in areas with a higher tax rate.

In some cases the difference in the tax rate is barely noticeable. But in others, it can be so huge that it acts as an incentive to move – particularly for the super rich.

It's also worth keeping in mind, though, that taxes in the Alpine nation are generally lower than other western European countries - which is why Switzerland is known as a tax haven.

A comparison of the taxes in different municipalities by Swiss newspaper the Tages-Anzeiger shines a light on the large differences.

READ ALSO: How where you live in Switzerland has an impact on your taxes

Where is tax highest in Switzerland?

Taxpayers have to dig deeper into their pockets in western Switzerland. But even there, one canton stands out: regardless of whether it's a retired couple, a single-person household or a family with two children, the canton of Neuchâtel (NE) occupies the top spots among the most expensive municipalities for practically all household types.

In Enges NE and Les Verrières NE, a single-person household with an income of 100,000 Swiss francs pays 19.97 percent to the tax authorities.

In fact, the most expensive 19 municipalities in Switzerland are all in Neuchâtel. Schelten in the canton of Bern (BE) comes in at 20th place with 19.04 percent.

In general, anyone earning CHF 100,000 will face a hefty tax load (for Switzerland) in Neuchâtel, Bern and Valais.

For single-person households with an income of over CHF 150,000, the Neuchâtel tax burden is finally broken by several Valais (VS) municipalities. In Leukerbad VS, more than 57,000 Swiss francs have to be paid to the authorities on a salary of CHF 200,000. Those who earn half a million and live in Schelten BE, pay almost CHF 180,000 in taxes.

It's even more expensive for single pensioners in many cases. With an annual income of half a million, CHF 203,500 will have to be sent to the treasury in the most expensive municipality, Schelten BE.

Where is tax lowest?

The differences compared to the lowest tax rate municipalities are huge: a single person with an income of CHF 100,000 pays 6.04 percent to the authorities in Baar Zug (ZG) - that's not even a third compared to many Neuchâtel municipalities.

Zug is known a tax haven within the Alpine country. However, from 150,000 francs upwards, the central canton of Schwyz (SZ) is the most favourable in terms of taxes. In Feusisberg SZ, for instance, at least 9.06 percent has to be paid to the taxman.

Families live particularly favourably in Zug. With a household income of  CHF 150,000, only 2.15 percent tax is due in Baar ZG. The same family in Enges, NE, pays 14.18 percent - almost seven times as much. But even in Solothurn or Bern, this family would have to pay between 13 and 14 percent to the tax authorities. 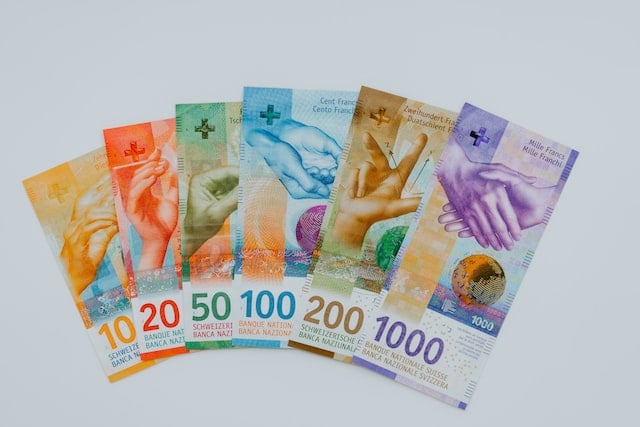 People in Switzerland pay different rates of tax depending on where they live. Photo by Claudio Schwarz on Unsplash

What the data analysis also shows is that those who already live in a tax haven are much more likely to enjoy further tax relief. For example, many tax-favourable municipalities in Zurich or Zug further reduced their taxes last year.

In contrast, there were particularly generous tax giveaways in the canton of Schwyz. In Unteriberg SZ, a family with two children and an income of 150,000 francs now pays 9,200 francs in taxes, almost 10 per cent less than the year before.

REVEALED: These parts of Zurich have the highest taxes

Here's a look at the 10 most favourable municipalities for tax in Switzerland according to the analysis:

Taking the case study of a family with two children, 150,000 Swiss francs household income, this is the percentage of income that goes towards total taxes (commune, canton, federal):

READ ALSO: The most affordable places to buy a home in Switzerland

Under the same conditions, here's a look at the 10 most expensive municipalities for tax in Switzerland: