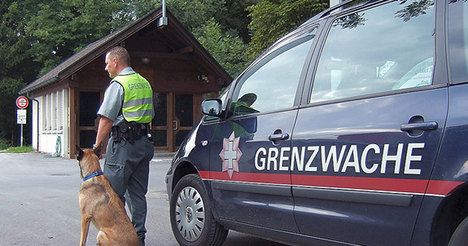 The Swiss government has concluded that the “free movement of people” treaty, which came into effect nine years ago, has had a positive on the country’s economy.

The treaty, part of a series of bilateral agreements that allow Switzerland to participate in the EU’s single market, opened up Switzerland’s labour market, making it more flexible when the economy struggled.

The report, published Thursday, was written by a panel of experts from three government departments and the State Secretariat for Economic Affairs (SECO). It concluded that free movement has aided both economic and population growth.

The report found that immigration and economic growth have a reciprocal relationship – the better the economy, the more people move to Switzerland, which in turn fuels growth further.

Free movement also helped cushion the blow of the 2009 recession, according to the report, since immigrants tended to increase consumption and stimulate construction investment.

The report also found that foreigners did not necessarily drive natives out of jobs, even though competition has increased.

Nevertheless, the report admitted that Switzerland’s border regions were at a disadvantage because of the free movement treaty. Cross-border commuters have apparently caused higher unemployment there.

But this was reportedly balanced by another positive effect of immigration – it slows the aging of society, and therefore eases the burden on the social security system.

Inflation — and its impact on prices — has been a hot-button topic pretty much everywhere in eurozone countries, and beyond.

While the rates of inflation have started to soar already during the Covid pandemic, Russia’s invasion of Ukraine on February 24th has accelerated the process, driving up prices of raw materials and, consequently, of consumer goods.

First: what exactly is inflation?

Simply put, it is an increase in the prices of consumer goods and services, causing some loss of purchasing power. In other words, while our wages mostly remained the same, the cost of living went up, and is expected to continue to increase for at least the foreseeable future.

As the global economies slowly and painstakingly recovered from the Covid pandemic, Switzerland rebounded better and faster than many other countries — as it usually does during the times of global downturns. However, with many supply chains still disrupted and struggling to meet consumer demand all over the world, prices began to rise.

The war in Ukraine has also slowed or shut down altogether the production and supply of some essential agricultural and energy products, leading to higher prices.

READ MORE: Oil, bikes and furniture: The products you’re going to pay a lot more for in Switzerland

What are the current inflation rates in Switzerland and across the European Union?

While the Swiss rate in May hovered below 3 percent, it stood at 8.1 percent on average across the eurozone.

More specifically, the rate at the end of May was 5.4 percent in France, 7.3 in Italy, 8.1 in Austria, while in Baltic states it exceeded 10 percent.

This map shows what the situation looks like in Europe: 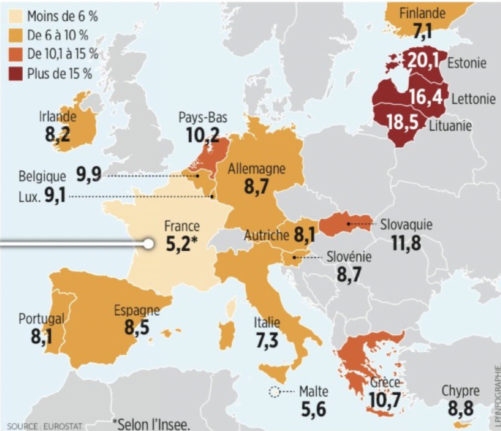 In the United States, the inflation rate stands around 8.6 percent.

READ MORE: EXPLAINED: Why Switzerland’s cost of living isn’t as high as you think

Why is the Swiss rate so much lower than elsewhere?

There are a number of explanations for this phenomenon:

In good times and bad, the Swiss franc remains strong, sometimes even reaching parity with the euro. This acts as a defence mechanism of sorts by keeping import prices low.

As Switzerland relies on imports much more than many other countries, including the United States and Germany, lower costs of imports have a ‘cooling effect’ on inflation.

“This makes imports cheaper across the board. The strong franc helps the Swiss have high purchasing power internationally. And imported goods are the main drivers of inflation,” according to Neue Zürcher Zeitung.

Energy prices are “fundamental in explaining the differences in inflation, especially between Switzerland and the eurozone”” according to an analysis by EFG private bank.

The reason for this, EFG found, are different technologies used to produce electricity.

Data from the International Energy Agency shows less than 1 percent of the electricity consumed in Switzerland comes from oil and natural gas, while 58 percent originates from renewable sources like hydroelectric and nuclear power.

“By comparison, in the European Union over one-fifth of the electricity is produced with natural gas and over one eighth with coal”, the banks’ analysts found.

The gap was even wider for electricity prices: in February, the wholesale price of electricity in Switzerland was 3.1 percent higher than a year before, while in in the eurozone the increase was as much as 83.2 percent.

READ MORE : Ukraine invasion: How reliant is Switzerland on Russia for energy?