Investors poured into other currencies belonging to economies considered financially solid, with Norway among the top destinations, the Wall Street Journal (WSJ) reported.

Norwegians were greeted on Wednesday by the strongest krone in eight years.

The decision by the SNB to set a minimum price for the franc at €1.20 on Tuesday was seen as an act of desperation by investors who began to buy Norwegian kroner that afternoon.

The franc fell instantly by 7.7 percent to arrive at that minimum, while the euro slumped further against the Norwegian currency.

Norway’s central bank governor Oystein Olsen is considering cutting interest rates to slow down the flow of money into the Norwegian krone.

“A swift policy response – likely lower interest rates – is in the offing if the krone keeps rising,“ Olsen told the Wall Street Journal, warning investors that a burgeoning krone would hamper the Norwegian economy.

Norges Bank, Norway’s central bank, stated that liquidity in the krone was too low for it to be considered a haven, while dismissing speculation that it would follow Zurich’s lead and intervene to weaken its currency.

“We have a policy based on not intervening. That remains,“ Olsen told the Financial Times on Wednesday.

Canadian Finance Minister Jim Flaherty on Thursday told the WSJ he is “concerned“ about Switzerland’s move into foreign exchange markets, which he believes could spark currency wars where countries compete for low exchange rates for their own currency.

Flaherty said he would raise the matter at Friday’s Group of Seven (G7) meeting of finance ministers in Marseille, France.

The Swiss National Bank surprised markets on Tuesday by placing a floor on the euro’s value against the Swiss franc to deal with vast rises in the value of the traditional safe-haven franc amid financial turmoil.

The central bank vowed to do everything possible, including buying “unlimited quantities” of foreign currency, to prevent the franc from rising.

The Swiss franc had risen strongly in response to the eurozone debt crisis, hitting Swiss exporters and the tourism industry hard. 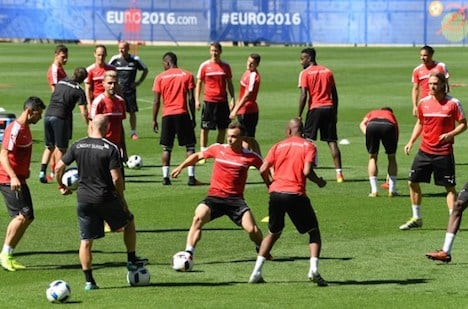 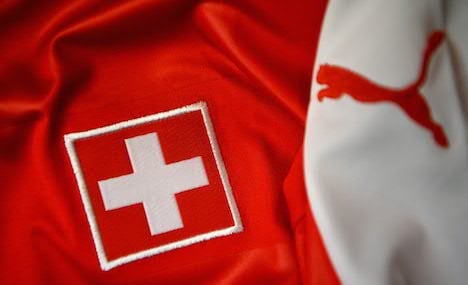 Four Swiss players – Admir Mehmedi, Breel Embolo, Blerim Dzemaili and Granit Xhaka – had to change their shirts in the first half of the goalless draw in Lille on Sunday.

Recent Arsenal recruit Xhaka had to change his shirt again in the second half.

Other Twitter users compared the shirts to Swiss cheese – full of holes.

“Our five Puma teams have played 10 games at Euro 2016 before this without experiencing this problem,” the company said.

It later  blamed a manufacturing flaw. Its investigation had found that “there was a faulty batch of material in which the yarn was damaged during production”, the company said in a statement.

The Swiss shirts will be needed for at least one more match as the team has qualified for the second round.

Puma's German rival Adidas said Monday it had agreed a four-year deal to remain kit supplier to Germany until 2022 worth more than 50 million euros ($56.5 million) a year.

The agreement with the world champions came in the face of competition from US giant Nike for the prestigious contract.

Switzerland have had more ripped shirts tonight (4) than shots on target (0). #SUI pic.twitter.com/TGifpCMoo3 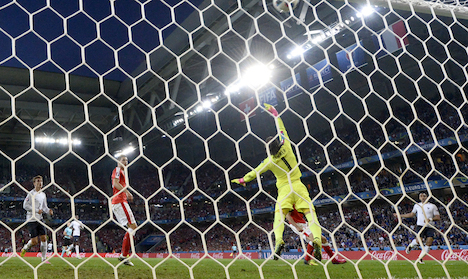 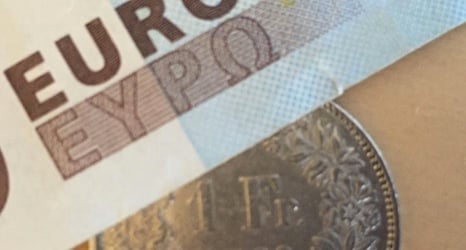