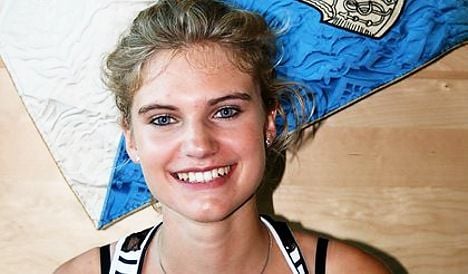 Schärer was crowned “queen of the marksmen“ on Monday at the Albisgüetli shooting range after expertly wielding a Swiss army ordinance rifle to score a maximum 35 points on Saturday, a target not matched for the rest of the weekend.

When the shooting stalls were closed on Monday, Schärer was declared the clear winner and presented with a voucher worth over 5,000 francs ($5,670).

“I can hardly believe it. Finally a girl has won again for the first time since 2004,” she told Blick newspaper.

“I was quite nervous, but am proud that I left the boys behind me. My older brother also competed and now he is quite jealous.“

The accomplished shot added that she has only practised shooting a few times in her life, including the last two Knabenschiessen events.

Despite her talent, the 15-year-old said she does not want to join a shooting club. Schärer told Blick she would prefer to concentrate on her hobbies, piano and artistic cycling, and cannot neglect her school work.

The secondary school pupil from Uster was crowned Schützenkönigin, or queen of the marksmen, exactly 20 years after girls were first allowed to shoot alongside boys in 1991. In total 4,266 youngsters participated in the shooting event, 1,233 of them girls.

The last time a girl won was in 2004, when the then 13-year-old Fabienne Frei from Zwillikon was the sharpest shooter. The first female winner was the 15-year-old Rahel Goldschmid from Zurich in 1997.

Knabenschiessen, which translates as a shooting match for boys, is a target shooting competition held annually in Zurich on the second weekend in September.

Although first made official in 1889, the festival dates back to the 17th century and is open to boys and girls aged 13 to 17 in Canton Zurich.