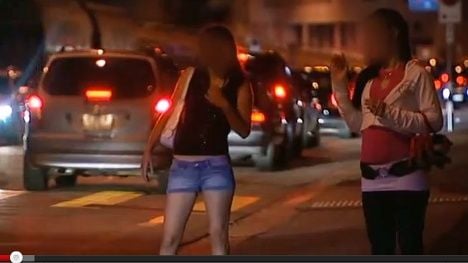 Out of 56 applications recently submitted by sex workers in Zurich to the Office for Economy and Labour (AWA), all but one were from Hungarian women. The other application came from a Romanian, Der Sonntag newspaper reported.

Sascha Finger, a geographer who is writing his thesis on the “Mobility of Hungarian sex workers“ at the University of Bern, came to surprising conclusions. In most cases, the women were pushed onto the street by brothers, uncles, cousins or even husbands:

Finger, who speaks Hungarian, carried out 40 interviews with prostitutes in Hungary and Switzerland last year. Most of the women are Roma, a nomadic ethnic group often existing on the fringes of Hungarian society.

“The women are sent to Switzerland by their families to earn hard cash to feed an extended family of up to 13 people, and often they have their own children,” he said.

Finger added that the complexity of Roma family relationships meant that any steps they took to get out of prostitution could have far-reaching consequences for the women.

While shouldering the burden of responsibility for their families in Hungary, the woman are also faced with serious problems in Switzerland. They generally don’t speak German and are often at the mercy of punters who occasionally fail to pay, said Finger.

“I met women in Hungary who said to me they will never return to Switzerland as the men there are so brutal.”

Finger said the women were often afraid of the police, their customers, and the challenges posed by living in Switzerland.

“They feel illegal even though they are not doing anything illegal.“

“The dilemma for me is that the women deny they are victims of human trafficking,“ she told Der Sonntag.

Steiner has previously managed to secure convictions on human trafficking charges in the few cases she has brought to court, but in general the women refuse to push for an indictment.

“Their fear of the perpetrators and their clans in Hungary is too great,” she said.