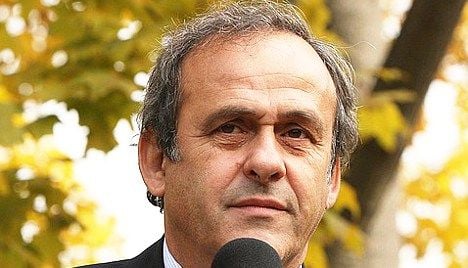 Chancellery of the President of the Republic of Poland

UEFA secretary-general Gianni Infantino will also have to testify at the hearing, probably in mid-October, the club claimed.

“If they do not show up, it will be the police who will go and get them,” he said.

Pillet was referring to the latest developments in Sion’s bid to be reintegrated in the Europa League.

They were expelled from the competition’s group stages by UEFA for fielding ineligible players with Celtic taking their place, despite the Scottish club losing out in the play-offs.

“UEFA is on Swiss soil, and they must respect Swiss law,” Pillet said.

“The judge wants to meet Platini and Infantino so they can explain why they did not respect the court’s judgment,” he added.

Neither UEFA nor the Swiss prosecutor were available for comments.