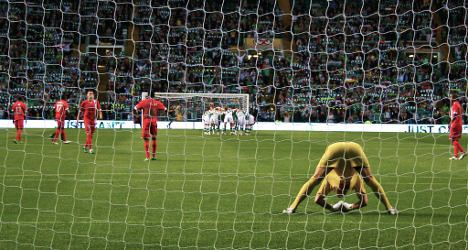 “After having heard both parties, the Canton Vaud civil court once again rejected UEFA and found in favour of FC Sion,” said the club.

“The order is once again to UEFA to reinstate the team to the group 1 of the Europa League immediately and to consider its players as eligible for the competition.

“UEFA will have to pay a fine of 1,000 francs for every day that it fails to execute the order of the judge,” added the club.

European football’s governing body has also been ordered to pay legal fees of 21,400 francs as well as a fee of 33,000 francs to FC Sion.

FC Sion were thrown out of the tournament on September 2nd after being found guilty of fielding ineligible players, with Scottish club Celtic handed their place in the group stages despite losing the play-offs 3-1 on aggregate.

Sion had vowed to fight their expulsion and has won several challenges in Swiss regional courts.

On September 13th, however, UEFA rejected the club’s appeal against their expulsion and allowed Celtic to remain in the competition.

Members of UEFA also issued a statement on September 21st to state their support for the governing body’s decision.