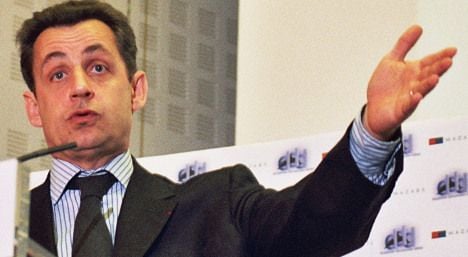 “We don’t want any more tax havens. Our message is clear,” Sarkozy said at the end of the G20 summit in Cannes.

“Countries that remain tax havens … will be shunned by the international community,” he warned.

The G20 will publish an updated list of uncooperative tax havens at each summit from henceforth, he added.

Sarkozy also expressed hopes that a financial transaction tax could be put in place in European Union countries as soon as 2012,   European Commission proposals for such a tax will be considered by member countries at the beginning of 2012, said Sarkozy, promising that France “will battle” that they be implemented by end of next year.

Noting that France “was alone when it started the battle” for the tax, Sarkozy pointed out that other countries, including Germany, Spain, Argentina and South Africa now agree to the proposed levy.

France has been pushing for a small tax on financial transactions as a mechanism to force markets to help pay for government efforts to rescue debt-riden economies.

However, the scheme has run into opposition from the United States, Canada, Russia, Australia and China — although Sarkozy indicated following talks with President Barack Obama that US objections were softening.