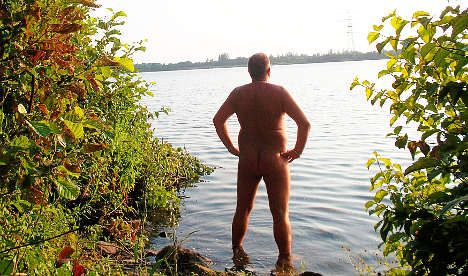 The court was far from unanimous, with a verdict eventually reached by three votes to two.

Ultimately though, the Supreme Court ruled that the decision by canton Appenzell-Ausserrhoden to ban naked hillwalking was not unconstitutional.

“It is not arbitrary [on the canton’s behalf] to consider naked hiking in public a gross breach of decency and convention,” the court said.

The case began when a woman reported to police seeing a naked man wandering near a picnic area where she and her family were seated in Appenzell-Ausserrhoden in October 2009. Local authorities fined him 100 francs ($109), but the naturist refused to pay.

His case was heard by the cantonal court in Appenzell in May 2010. He admitted he had been hiking without clothes, a practice he said he had indulged in for two years, but denied he had been acting indecently.

The judge acquitted him, arguing that the case was beyond the canton’s jurisdiction since the Swiss Penal Code regulates all crimes involving sexual integrity.

But the prosecutor decided to take the case to the court of appeals, which disagreed with the acquittal, concluding it was the duty of the local authorities to uphold public morality and ordering the man to pay 200 francs ($218) for “indecent behaviour.” It was this ruling that prompted the hiker to take the case to the Supreme Court.

In recent years, nudist hikers have become much more common in Switzerland, with German naturists in particular often crossing the border for mountain walks.

Tired of seeing people walking naked in their mountains, citizens of the canton voted overwhelmingly to ban the practice on April 26th 2009. Nudist hiking is not outlawed in the rest of the country.