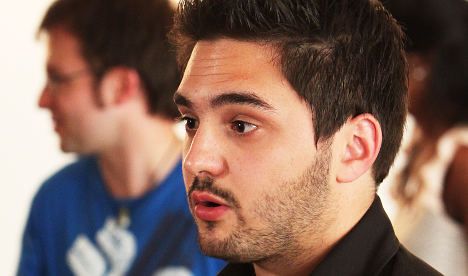 Cédric Wermuth is one of the most visible figures in Switzerland to denounce what he believes are the injustices of capitalism.

To his enormous surprise, Wermuth recently received a letter from WEF director, Alois Zwinggi, to congratulate him on winning a seat for the first time in the country’s federal elections.

“Your success in the elections has really delighted us and we want to congratulate you in all sincerity,” the letter says.

Wermuth posted a picture of the letter on Twitter, adding: “Well, if you believe this…”.

The World Economic Forum is best know for its annual Davos conference, which attracts business leaders from around the world.

At the age of 25, Wermuth is currently the youngest parliamentarian in the National Council. But despite his young age, he has already had a lively political career in the Socialist Party.

Known for his colourful campaigning, he recently led a push for the so-called 1:12 initiative that seeks to cap the highest salaries at publicly listed companies. The proposal has already attracted more than the 100,000 signatures necessary to force a referendum.

If passed, the initiative would mean that the highest wage earner at a given company can never earn more than 12 times the salary of the lowest-paid employee. Parliament and the Federal Council will review the text before establishing a date for a national vote.

In 2008, the young socialist made headlines for smoking a joint during a discussion about a constitutional amendment to legalize cannabis.

He attracted more public attention in 2010 when he attended a Credit Suisse shareholders’ meeting dressed as Santa Claus, the Wall Street Journal reported. Addressing the bank’s chief executive, Brady Dougan, he said: “If you really believe 91 million francs ($98 million) is a fair salary, then perhaps you still believe in the Easter bunny and Santa Claus as well?”