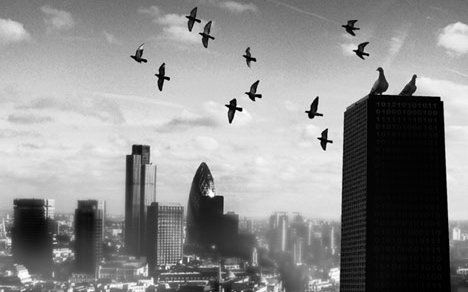 De Botton’s idea is to build a 46-meter high black tower, decorated on the outside with binary code representing the human genome, with exhibits inside tracking the evolution of life through time.

“It’s not about worship but a kind of art installation,” de Botton told online news website 20 Minutes. “My passion for architecture is 100 percent the reason for this project.”

De Botton wants to create an architecturally impressive space without having a deity as the inspiration. Having been admittedly affected by many great religious buildings, de Botton now wishes to create something architecturally extraordinary without crediting supernatural forces.

The plan has met with some resistance even from within the atheist camp. Richard Dawkins, a well-known proponent of modern atheism, criticized the idea as an attempt to create a “stamp of atheism”, and described the project as a waste of money, 20 Minutes reports.

Others have argued that building a temple implies worship and goes against critical notions of atheism.

“The name is a misnomer,” de Botton admitted. “We could instead speak of a ‘place of contemplation.’ That would not bother anybody.”

Of the one and half million francs ($1.64 million) needed to build the tower, already half this amount has been put up by anonymous donors.

Despite this support, de Botton feels that he has not explained his idea well so far, and is sorry for the fuss that has been caused by the use of the term ‘temple’. A poll conducted by British newspaper The Guardian showed 53 percent of those participating in the survey backed his idea.

“[If] the idea had been properly explained, it would have been 99 percent,” he said.