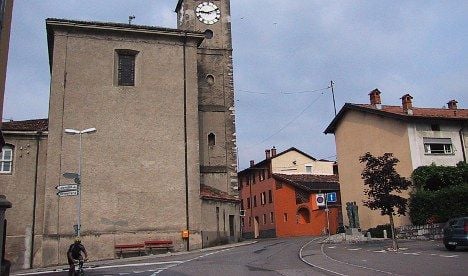 Since Switzerland abolished border controls in a deal with the EU, Italian commuters have taken to driving through the village of Ligornetto at a rate of between 600 and 700 cars an hour, newspaper Neue Zürcher Zeitung reports.

Estimates put the volume of traffic through the village at between eight and ten thousand cars per day. With only 1,700 inhabitants, the village has had enough.

By a majority vote, the local residents have decided to close the centre of the village between five and eight in the morning, and between four thirty and seven thirty in the evening. The closures will run for a trial period of one year.

It is hoped that by stemming the flow of traffic through the village, the Italian commuters will simply have to find alternative routes. However, residents of the neighbouring village Stabio are now concerned that the traffic will be diverted to their streets.

The Italians are also displeased with the action taken by the villagers. An Italian member of the European parliament, Lara Comi, has requested an opinion from the EU Commission regarding the legitimacy of the vote taken by Lignoretto’s inhabitants.

“The effect [of the Lignoretto vote] punishes ten thousand Lombardian commuters who cross the border every day,” she told NZZ.

Comi has requested that the Commission provide the opinion on an urgent basis, which means that Brussels has 40 days in which to respond.

The Swiss Federal Department of Foreign Affairs is aware of the action and is preparing to defend its citizens’ actions.