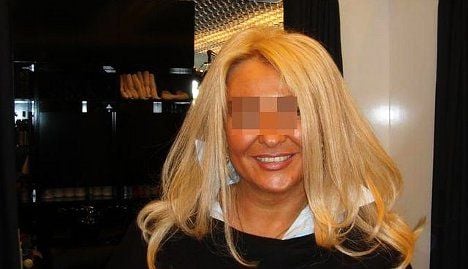 The brothers, referred to in the Swiss press as John K and Kevin K, were arrested on Monday evening, accused of having first raped Claudia before brutally beating her to death on Friday night in Langenthal, online news website Blick reported.

The mangled body was found in the window bay of a school gym facility where the brothers’ mother worked as a cleaner.

Further details emerged on Tuesday showing that Claudia had been leading a double life, earning extra cash as a high-class escort girl known as Christina.

“I can visit you at your home, hotel or office,” she wrote on her website.

The brothers may have requested Claudia to visit their home, Blick reported. Friends saw the brothers drinking beer at the local Restaurant Bahnhöfli, before both suddenly disappeared.

John K is already known as a violent individual.

“John always carries a knife in the pocket of his trousers and often sets cars on fire,” friends told Blick.

Since his parents separated a year ago, and he left his girlfriend to care alone for his child, his behaviour has became increasingly erratic, sources said. He has also previously been convicted of assault.

Initial findings from the Institute for Forensic Medicine at the University of Bern suggest that Claudia was killed with “blunt, brute force”.

Upon hearing the news that her sons had been arrested, their mother collapsed and was taken to hospital for treatment.