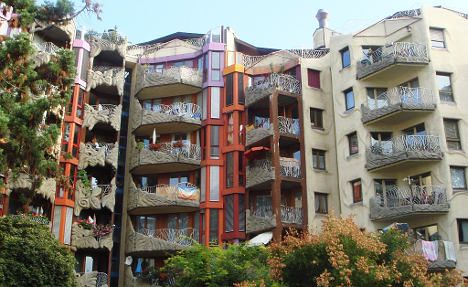 A report on the state of the Swiss property market conducted by a real estate consultancy firm, Wüest & Partner, has found that residential property prices, particularly in the Greater Zurich and Lake Geneva areas, have risen considerably.

The price of apartments increased by 4.9 percent across Switzerland last year, with an increase of 10.8 percent in the Zurich area, newspaper Tages Anzeiger reported.

Despite the price hikes, a rise in construction of new-build apartments and single family homes combined with the record-low interest rates have enabled more people than ever before to get on the Swiss property ladder.

But analysts are concerned that many home buyers are pushing the boundaries both of what is allowed and of what is recommended.

“Among the requests for mortgages are more and more applications that clearly operate at the limits of financial sustainability and debt levels,” Stefan Rüesch, bank expert for comparis.ch told the newspaper.

The report also refers to an increase in the number of “risky business models”, and comments that the rise in prices is attracting people who want to get in on the action, with the result that the prices are rising even more.

Talks have been taking place for some time between the Swiss financial regulator, FINMA, the Federal Department of Finance and the banks, Tages Anzeiger reported.

One measure being proposed to reduce the risk of mortgage default is to require the banks to insist on a higher proportion of upfront capital investment. At the moment, the average amount of capital required for a residential mortgage is about 20 percent. It is unclear how far this percentage would rise.

The banks however are not keen on increasing the capital requirements.

“Every extra franc of capital requirement increases the cost and reduces the profitability of the business,” Thomas Sutter, spokesman for the Bankers Association, told the newspaper.