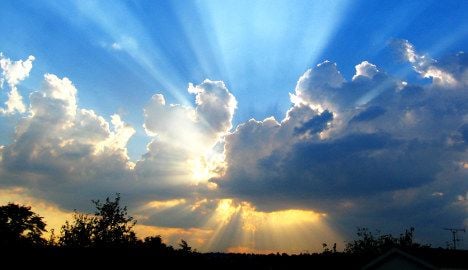 Anna Gut (not her real name) was in her early fifties when she saw the film, “In the beginning there was light,” a documentary in which two men claim to survive entirely on light, newspaper Tages Anzeiger reported.

The film, which ran in Swiss cinemas in 2010, portrayed two men, 62-year-old Swiss Michael Werner, an anthroposophist with a doctorate in chemistry, and 83-year-old Indian yogi Prahlad Jani. Both men claimed to derive sustenance from spiritual means rather than the intake of food.

Werner claims he has lived this way since 2001, while Jani says he has lived for 70 years not only without food but also without water.

Anna Gut started her long preparations for the process by reading a book by another proponent of “breatharianism”, 54-year-old Australian Ellen Greve, who also goes by the name Jasmuheen, or eternal air.

Anna Gut followed the instructions for the first stage to the letter: she had no food or drink for a week, and even spat her saliva out. For weeks two and three, she resumed drinking again, but she visibly weakened and her children became concerned.

She calmed them and promised she would stop should the situation ever become critical. But one day last winter, when she failed to answer the phone, the children broke down the door to find their mother dead inside.

The autopsy showed simply that she had died of starvation, ruling out any other contribution to the cause of death.

Anna Gut was the first to die in Switzerland from attempting to live on “pranic nourishment”, as it is also known, but there have been others who have also died as a result of their spiritual convictions.

In 1997, 31-year-old Timo Degen from Munich died from circulatory collapse during an attempt to live on light alone. A 53-year-old New Zealander, Lani Morris, also died from a stroke caused by fluid loss in 1998, and in 1999, Verity Linn, an Australian was found emaciated in a lake in Scotland having tried to follow light nourishment practices, Tages Anzeiger reports.

Dr. Dee Dawson, a British specialist in eating disorders, was in no doubt about the dangers of breatharianism.

“It’s suicidal,” she told The Local.

“These people must have some sort of psychological problems, I would say, to be doing this. They know perfectly well that you starve if you don’t eat.

“They must see themselves getting thinner, getting weaker, yet they carry on, so presumably they know they are going to die and don’t mind.”

But proponents of light nourishment dismiss such deaths, sometimes accusing the deceased of acting negligently or otherwise saying the true cause of death had not been properly established. Others look for spiritual reasons.

The mystics believe in the power of light nutrition despite the reams of available evidence that show how the body needs energy and hydration from food and drink to survive.

When deprived of food, the body will begin to use up its reserve energy from muscle and organ tissue. The liver and immune system become damaged and the risk of infection increases.

In defence of their beliefs, many mystics point to the cases of gurus who have sat for several years in trees, and to western examples such as Therese Neumann, who claimed many spiritual gifts, among them the ability to survive for long periods of time without food and drink.

Doctors observed Neumann constantly for two weeks and confirmed that she had not suffered any weight loss or dehydration during this period. She died in 1962 from a cardiac arrest.

The patron saint of Switzerland, Nikolaus von der Flüe, was a mystic living in the 15th century. According to legend, he lived for 19 years without food and drink.

But medical experts maintain that such reports cannot be true. Doctors wanted to test Michael Werner to see how he fared, but although he conducted a ten-day self-administered test, he refused to share the medical data amid suggestions they showed the onset of starvation, Tages Anzeiger said.