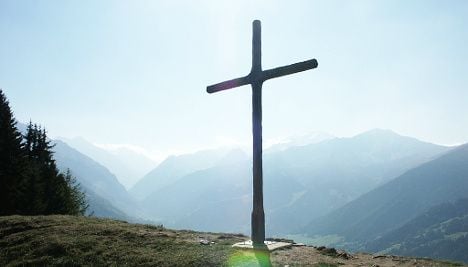 Patrick Bussard, a mountain guide from Fribourg, sawed down three crosses in the Fribourg Alps between October 2009 and spring 2010 in protest against the Christian church imposing its symbols on the natural landscape, newspaper Tribune de Genève reported.

His lawyer, Jean Lob, has confirmed that he intends to appeal Bussard’s suspended 90-day fine.

Bussard maintained that he had achieved his intended goal by bringing the matter to the public attention for debate.

However, lawyers for the prosecution were not convinced of his professed motives, looking instead at the fact that Bussard had gone through hard times. First, he had suffered a climbing accident for which he had to pay 50 percent of the costs, which in turn forced him to sell his cottage.

“He sought and found something to divert his resentment,” said Attorney General Fabien Gasser.

The judge, Philippe Vallet, appeared to agree with the prosecutor’s logic, and queried why, if Bussard simply wanted to raise the debate, he had continued his cross-chopping activities after it had been made clear in the newspapers how much offence his original act had caused.