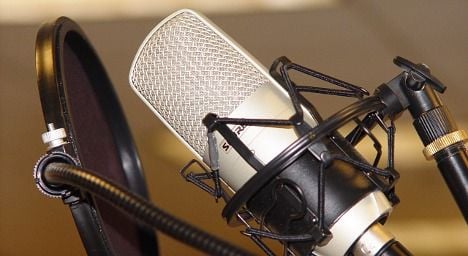 The corporation’s board of directors made the decision this week after considering a report from its director general, Roger de Weck.

De Weck raised the possibility of either selling or shutting down WRS when he told staff in April that English-language services were no longer a priority for SRG SSR.

In a statement issued on Thursday, the public broadcaster said potential buyers have shown interest in taking over the Geneva-based station, which also has a studio in Zurich and a bureau in Lausanne.

François Besençon, an SSR consultant, is heading the project, which will accept applications from interested parties until the end of October.

A company specializing in mergers and acquisitions will contact private and institutional investors in Switzerland and abroad who are interested in continuing the service provided by WRS.

The public broadcaster said it aims to finalize the project by the end of the year with a deadline to sell the station by 2013 or 2014.

The station’s director, Philippe Mottaz, declined to comment to The Local on the decision.

The station airs on the FM band in the Geneva region and nationally through digital broadcasting (DAB) and via cable and satellite.

If the station is sold, Swiss broadcasting authorities will have to decide whether it will make available the FM frequency used by WRS.

The decision to sell WRS came after an online campaign to save the station gathered around 4,000 signatures.

“We are saddened and disappointed,” Marshall Sitten, organizer of the Save WRS petition, told The Local.

Sitten said a commercial station dependent on advertising would not be able to provide the same kind of service as a public station.

He also criticized the lack of transparency in the decision-making process, with no reasons for the decision made public.

People are “entitled to more explanation than a vague and dismissive press release,” Sitten said.

SRG SSR spokesman Daniel Steiner told The Local that the decision was made as part of a “refocusing” of the public broadcaster’s mandate.

WRS was not “at the heart” of SRG SSR’s operations and its services in English would now by centred on swissinfo, its multilingual internet service, Steiner said.

If a qualified buyer is not found for WRS by the end of the year, the Swiss Broadcasting Corporation’s board would have to decide what next steps to take, he said.

In such a case, closure of the station was not “automatic” although it would certainly be an option, Steiner added.