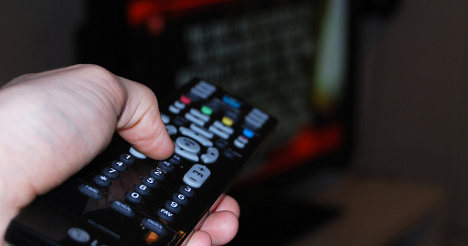 Stefan Meierhans, known as Monsieur Prix, says a 0.5 percent increase in the VAT rate — currently eight percent on most items — would be a fairer way to raise revenue for Swiss broadcasters.

In an interview with Le Matin newspaper, Meierhans said this would be a logical next step to replacing the annual “Billag” radio and TV licence fee, currently 462 francs and 40 centimes.

The federal government has submitted a proposal to parliament that would make the fee obligatory for all households, regardless of whether they have televisions and radios.

Given the evolution in technology, with the wide availability of laptop computers, smart phones and other electronic devices capable of broadcast reception, making everyone pay is “fair”, Meierhans said.

“That said, with this proposal the fee is close to being a tax, given that everyone pays, or almost . . . so why not take the next step?”

Monsieur Prix argues that households pay the broadcast licence fee regardless of whether they are millionaires or humble employees.

Raising revenue for broadcasters through a consumption tax adapts the levy to a “major indicator of household earning power,” Meierhans said.

“With my VAT solution, those who spend the most pay the most.”

This would also save 50 million francs a year currently spent to collect the licence fees through the Billag company, he noted.

The fees raise 70 percent of the 1.6 billion francs in annual revenues generated by the Swiss Broadcasting Corporation.

Among other issues, Meierhans expressed concern over the lack of competition in the telecommunications sector, dominated by Swisscom, a former state-owned company.

This has led to Swiss paying as much as 68 percent more than residents of neighbouring countries for internet access, he said.

Meierhans said he has written a letter to Communications Minister Doris Leuthard calling for changes to improve competition in the sector.

The federal government has promised a revision of the relevant legislation in the next few years.

But Meierhans said in light of the rapidly evolving telecom technology it is “urgent” to address the issue quickly.