At 3am, cantonal police in Valais began pursuing a light blue Ford Mustang with Russian plates clocked speeding on the motorway at 200 kilometres per hour, newspaper 20 Minuten reports.

After Valais police lost track of the vehicle, a canton Vaud gendarmerie unit in Villeneuve tried to pull the driver over.

But the 45-year-old Swiss man sped through a checkpoint in the town and raced on towards Montreux.

Anticipating the man’s arrival, police set up a road block in the middle of the western city.

When the Mustang came to a halt, a police car containing three officers drove up from behind.

The three gendarmes then opened fire as the driver stepped out of the car wielding a 12-caliber hunting rifle.

The driver died in the shooting, while one of the officers was accidentally shot in the shoulder by a colleague. The police officers fired a total of nine shots. The victim did not fire his weapon, police said.

A resident of Valais, the driver was not previously known to the police. Besides the rifle, he also had 25,000 francs ($27,000) in cash with him in the car.  He did not own a gun licence.

An investigation is underway into the exact circumstances of the shooting. 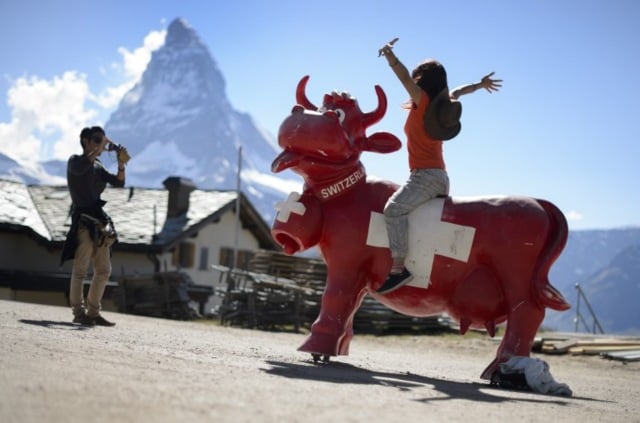 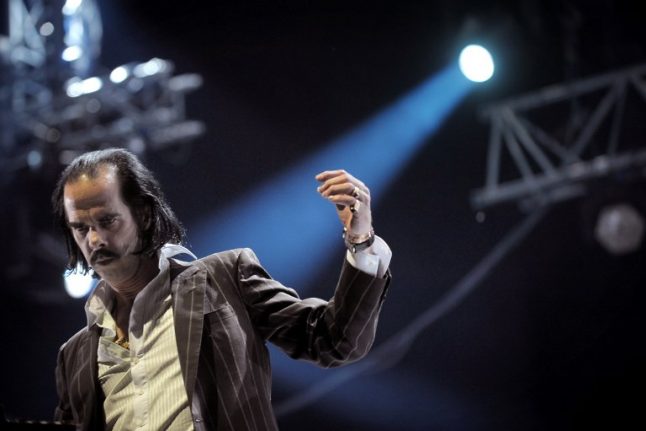 The programme for the 52nd edition of the legendary festival, which kicks off on the evening of June 29th and run through to July 14th, offers “a particularly rich lineup”, organisers said in a statement.

Kicking off this year's festival in the idyllic Swiss town of Montreux, on the shores of Lake Geneva, they boasted “the kind of improbable pairing that we love”, featuring French singer Etienne Daho and Italian singer, pianist and composer Paolo Conte.

Montreux has for more than half a century been a magnet for big names of the music business and rising stars alike. Among the performers to grace its stages are jazz legend Miles Davis, folk singer turned crooner turned Nobel Laureate Bob Dylan and blues troubadour B.B. King.

It has retained its jazz label despite dramatically expanding its repertoire over the years, with big names in rock, punk, R&B and hip-hop also on the bill this year.

Australian composer and singer Nick Cave will be one of the top attractions at the festival, where he and his band will be performing for the first time this year, hitting the main stage on July 12th.

The gothic frontman of Nick Cave and the Bad Seeds, who is known for the unsparing emotional intensity of his lyrics, is “an outsize personality, dark crooner, guru and poet,” the organisers said.

He is joined on the marquee by other music industry giants performing at Montreux for the first time, including US industrial band Nine Inch Nails and Jack White, of the White Stripes, who will be performing solo.

Billy Idol, Iggy Pop and Van Morrison also figure on this year's programme, as does Hollywood megastar Johnny Depp, who will be performing with his band Hollywood Vampires, which also counts Alice Cooper and Joe Perry as members.

“In addition to that colossal freeway of rock is a veritable streetscape of options,” organisers said, pointing to “the retro-funk of Jamiroquai, the nervy hip-hop of N.E.R.D., (and) the sunny pop-folk of Angus & Julia Stone,” among others.

Meantime, “at the crossroads of rock, electronic music and the avant-garde”, John Cale, a founding member of the mythical New York band Velvet Underground, will be at Montreux for the first time this year, accompanied by a string orchestra, organisers said.

Charlotte Gainsbourg, the daughter French legendary singer and songwriter Serge Gainsbourg and British actress Jane Birkine, who has just released her fifth album, will meanwhile return to Montreux this year, hitting the stage on July 2nd.

In a tribute to its jazz label, the festival this year will create a new space, The House of Jazz, dedicated exclusively to projects within the genre, including an event featuring Brazilian singer Seu Jorge singing David Bowie songs in Portuguese.The festival will also double the seating available at its Montreux Jazz Club stage to fit 600 people, organisers said.

Tickets go on general sale on Tuesday, with price for Nick Cave, for example ranging from 118 to 325 Swiss francs. For Iggy Pop, the cheapest tickets are 95 francs and most expensive 295. A ticket for Charlotte Gainsbourg will set you back 85 Swiss francs. 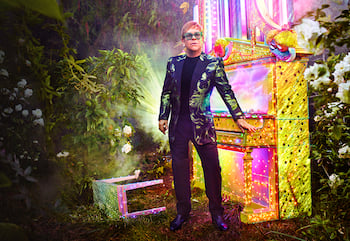 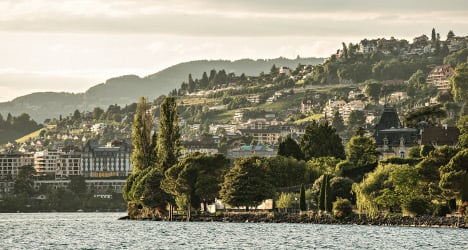